The only race massacre in American history I learned about in K-12 school was of the slaughter of white soldiers. We were also taught about the Trail of Tears, though in retrospect, it seems our history classes spent as much time on that one event as on all the centuries of slavery itself.

By the time I graduated high school in 1980, I had read about exactly one race massacre in American history: the Battle of Little Big Horn. It was only at some point afterward that I began to read admissions that General Custer was a pompous ass who was court-martialed for abandoning his troops to visit his wife, and that the Sioux were morally justified in attacking his cavalry troops.

In other words, the only race massacre in American history I learned about in K-12 school was of the slaughter of white soldiers. To be sure, we were also taught about the Trail of Tears, though in retrospect, it seems our history classes spent as much time on that one event as on all the centuries of slavery itself.

It wasn’t until about four years ago that I had a “Wait, what?” moment when I first read about the Tulsa massacre. Thirty-five city blocks were burned, and one of the most prosperous Black communities in America was obliterated in just a few hours. Perhaps as many as 300 Black men, women, and children were slaughtered, though the official death count was ‘merely’ 36. The initial cause — as was so often the case in massacres and lynchings over centuries of slavery and Jim Crow — was false allegations by a white woman against a Black man. But, as the saying goes, the truth will out. The real cause was the jealousy of the white population watching Black people build and prosper just across the railroad tracks, and their anger had been growing for years:

This prosperity continued through the years even as racial terrorism around Tulsa grew, the Ku Klux Klan gained power, and Oklahoma’s Supreme Court regularly upheld voting restrictions such as poll taxes and literacy tests for Black voters. By 1919, white civic leaders sought Greenwood’s land for a railroad depot or other uses.

We all know we will die someday, but most of us at least want to be remembered. Instead, the state of Oklahoma strove to forget the victims ever existed. In what is perhaps the most heinous reaction to the Tulsa massacre, the local and state governments conspired to cover up the entire atrocity, to pretend it never happened:

For decades, there were no public ceremonies, memorials for the dead or any efforts to commemorate the events of May 31-June 1, 1921. Instead, there was a deliberate effort to cover them up. The Tulsa Tribune removed the front-page story of May 31 that sparked the chaos from its bound volumes, and scholars later discovered that police and state militia archives about the riot were missing as well.

Why didn’t I read about this in school? It had been officially ‘forgotten’, not only by the state of Oklahoma but also by the outsized influence Texas wields on the history textbooks our children read in school.

Since then I have learned about the1868 Opelousas massacre in Louisianawhere, over a two-week period, white ‘vigilantes’ and Ku Klux Klan members killed up to three hundred Black men, women, and children. Then there was the1873 Colfax massacre about ninety miles to the northeast, also in Louisiana,where up to 150 Black men were killed. There was the 1898 massacre in Wilmington, NC, in what has been termed the most successful coup in American history:

It was the most successful and lasting coup in American history. It instituted white supremacy as official state policy for half a century and prevented Black citizens from voting in significant numbers until passage of the Voting Rights Act in 1965. Two years before the coup, 126,000 black men registered to vote in North Carolina. Four years after the coup, the number was 6,100.

They described the wholesale massacre of hundreds of unarmed and defenseless black people, and the torture used to secure confessions. The murders, thefts, violence and terror continued long after the troops had gone and the convicted men had been released. It is impossible to establish an accurate death toll. Military reports were intentionally vague. Local authorities blocked press coverage. Many denied the massacre had occurred, leaving accounts of the slaughter to witnesses . . .

But who was blamed for the massacre? A Black dentist was the “brains of the plan.”

It should be noted that in the massacres of Black people listed above, the primary motivation appears to have been the fear of “Negro supremacy,” as was specifically stated in the 1868 Democratic Party platform. Indeed, the hip-hop group Public Enemy had it right all along with their album titled, “Fear of a Black Planet.”

The Choice of Knowledge or Ignorance

We all say we want our children to have the very best education, but is it really in their best interests to not tell them what we have done wrong, to not show them America’s feet of clay?In Germany, students are required to learn about the Holocaust, whereas in Japan, students are often not taught about the Rape of Nanking. We as parents have a choice. Do we choose to air our collective dirty laundry, to rub their noses in the unforgivable acts of our not-so-distant ancestors? Or do we keep our children ignorant of the sins of our forefathers, with the hopeful assumption that they will be wiser than we were?Of course, we want our children to make better choices than we did. We all want our children to be more successful and reach greater heights than we ever could. But that cannot happen if we hide our feet of clay, if we shield them from the cautionary tales that might prevent them from making the same mistakes we and our forebears made.We must take responsibility for what we have done, and for what our ancestors have done, that the same horrible mistakes will not be repeated by our children in the future. 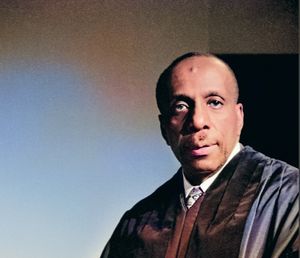 
Howard, Martin, Jesus, and the Disinherited 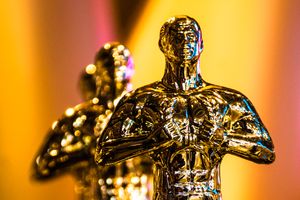 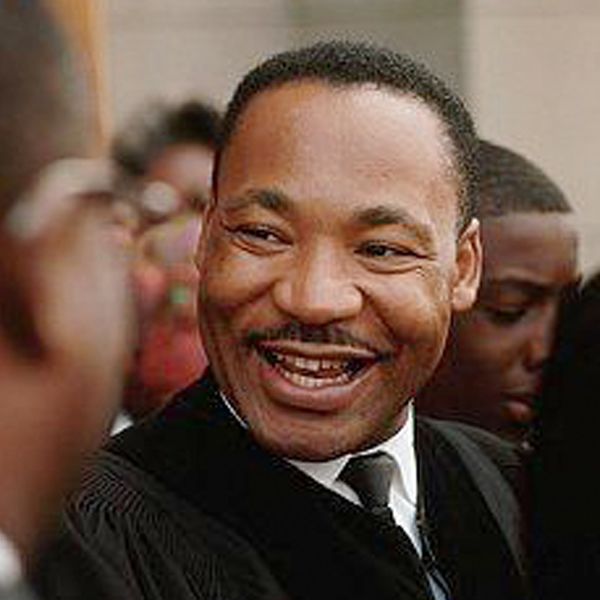