Simply telling white people “you can’t say that” is insufficient. The issue needs to be explained in a way white folks can understand and accept

No, it’s not racist that we white people cannot use the n-word.

Personal experience is the best teacher. In my own journey out of racism, there is one experience that stands above all others. I’ve written about it before, but it bears repeating here. In 1983, my ship, the USS Ranger (CV 61) was in port at Subic Bay in the Philippines, and I was on liberty, having a beer at a quiet open-air bar called the Stoned Crow on Magsaysay Avenue in Olongapo.

I was doing what I loved to do: writing. I was twenty-one years old at the time, and a bar girl probably ten years older walked up to me and asked me what I was writing. It was of course her opportunity to sit with me and make a few pisos (not pesos), and maybe quite a bit more if I’d pay what we called a “bar fine” and take her to a hotel for an hour or so. Trying to be both nice and honest, I replied to her, “I’m writing to my family back home and telling them that people here smile a lot, but it seems to me that they really aren’t very happy.”

At that, she paused for a moment. Then her eyes flared and her face twisted, and she replied back to me, her voice suddenly full of anger and pain, “This is hell! You tell them that!” She walked away and I never saw her again.

I was shocked, not knowing what to think. After a while, I settled down and went back to being a normal sailor on liberty in an overseas port in those days, the details of which do not belong here. But her reaction stayed with me and played a big part in helping me to realize the grievous harm that we Americans (almost all of whom were white) were causing to the local Filipinos. I hope that someday I can meet her once more, to thank her for the change that ten-second encounter made in my life. She helped me to begin having empathy for those we were harming, and so helped me to progress on my journey out of racism.

Over the years, I’ve noticed that many of my fellow white people become offended when told that Black people are allowed to use the n-word, but we can’t. Problem is, simply telling many white people that “you can’t say that” is insufficient. The issue needs to be explained in a way white folks can understand and accept.

The white argument usually takes one of two forms:

A few decades ago, during my rather short membership in the Freemasons (that most storied of fraternities, with its own long history of racism), I was taught that one of the qualities a Mason should develop is that of rhetoric, the better means to persuade or lead others. To put it another way, learning the skill of rhetoric gives one the understanding that it’s not what you sell, but how you sell it. The more cynical reader will immediately think of lawyers and politicians, but when coupled with the right motives for the right purposes, rhetoric is a priceless skill indeed.

The key is to rely not just on rhetoric, but diplomacy as well.

As soon as people are told that they’re wrong about something, many (perhaps most) will become defensive, and instead of having a rational discussion over matters of right and wrong, the interaction becomes a confrontation, a matter of winning and losing, and nobody likes to lose. So the key is to rely not solely on rhetoric, but on diplomacy as well, that art which Winston Churchill so pithily defined as “the ability to tell someone to go to hell in such a way that they look forward to the trip.”

Look back at the first of the white arguments above. In my opinion, it is more effective to help the listener empathize, rather than attempt to either goad them into the emotion or force them to admit they’re wrong. In order to make this emotional connection, one must have some knowledge of the listener’s background. For instance, if the person is a Marine, ask him if a Marine might be offended if he were called a jarhead by some kid working the drive-thru window at a fast-food joint. Chances are, he’ll either agree that he’d be offended or he’d just chalk it up to the kid’s ignorance and drive away.

Then ask him, “But would you laugh about it with that kid?” It’s hard to imagine any proud Marine answering in the affirmative. Then ask him how he’d react if he were called a jarhead by a fellow Marine. I think most of my fellow retired military would agree that it wouldn’t bother him at all, or that he’d laugh about it. The reason why is obvious: only Marines know what it’s like to be a Marine, with all the hardship and sacrifice on which the pride and traditions of the Corps are built. When one Marine calls another Marine a jarhead, it’s almost a term of endearment, an acknowledgment that “Yeah, I’ve been where you’ve been and I know what it’s like.” Even those of us from the other branches of the Armed Services can’t know what it’s like to be a Marine, for instead of apples and oranges, it’s more like apples and bayonets.

I googled “do Marines call each other ‘jarheads,’” and found an answer by someone claiming to be a Lieutenant Colonel in the Marines (in my experience, in such discussions, people strongly tend to be sincere and truthful), and he said it better than I ever could:

“I only find it offensive when those who have never served use them. Family members can pick on each other, but don’t you dare pick on someone in the family if you are not in the family!”

By this point, the listener should see where you’re going with this: you’re showing him an insulting term is acceptable only when used by one to whom that term may also be applied.

This applies to just about every insulting term I can think of. For those in my Navy (yes, my Navy, doggone it), bubblehead and knuckle-dragging deck-ape are considered offensive by submariners and Boatswain’s Mates (respectively) . . . unless it is said by another submariner or Boatswain’s Mate. The same applies to one’s place of origin. For example, country boy or redneck are likely considered insults if said by an urbanite, but not if said by someone to whom those same words might apply. The principle even works with politics. Socialist is normally understood (and meant) as an insult if said by a staunch conservative, but not if said by a stalwart liberal.

In other words, you’re helping the other person to understand that insulting terms are acceptable only when used by some of the same ethnicity. Strive to do this without placing the other person on the defensive, thus allowing them the opportunity to make the leap of understanding on their own, instead of telling them what they can or can’t say. Better yet, you may just gain that person’s gratitude and friendship for helping them to remove their own racist blinders.

But what about the second group, the conservatives and libertarians who claim that no one should be offended at their use of the First Amendment? In my opinion, this is the more problematic of the two groups. As far as I’ve found, such people fully understand that their use of racial epithets is offensive, but want to use the First Amendment as license for their racism. For example, “It’s my Constitutional right to use the n-word, so if you are an American, you shouldn’t be offended. Instead, you should support my right to use the n-word whenever I want to use it.” In my experience, such people cannot be reasoned with by logic or an appeal to empathy. They require a harder approach.

Before I continue, let me point out that this reminds me of one of the two times I’ve used the n-words towards a Black person (for those unfamiliar with my story, I was raised as a racist). In the fifth grade, I tried to break up a fight between two kids: a Black kid, and a white kid I considered a friend. I pushed the Black kid and called him the n-word. He punched me in the stomach and I went down. Later, the principal informed me in so many words that I deserved what I got, but it took me a long, long time to understand.

What I finally understood so much later was that yes, as Americans we certainly do have a First Amendment right to say what we will (within certain limits), but the unspoken corollary is that:

. . . if we cross the line of what is socially acceptable, we must be willing to accept the consequences.

For most of America’s history, there were few if any consequences for using racist epithets; racists could insult with impunity. But something changed on March 3, 1991: the filming of the beating of Rodney King. Beginning with that day, minorities began to realize that they had a tool to expose the racism they faced in everyday America. Since that day, cell phones and digital cameras have been the primary tools in exposing not only the institutional racism of American society, but also the racism that minorities in general (and Black people in particular) face almost every day in school, at work, in business, at the neighborhood market, at public parks, and even at their own homes.

Such documenting and exposure is a primary tool to combat overt racism in today’s America. This brings awareness to those individuals who are clearly racist or whose actions are patently racist (like, say, BBQ Becky). When a racist is exposed, he or she begins to find that life isn’t so easy when their boss at work has to fire them rather than risk having their business suddenly considered as friendly to racists. To be sure, like any tool these practices can be taken to the extreme and used for malicious purposes, as with doxxing. Proponents feel doxxing is the tool of choice to fight those who, like those in the Ku Klux Klan who hid behind white hoods, try to hide behind their status as private citizens to avoid the consequences of their overt racism and must be taught that one who crosses the line of what is socially acceptable must also be willing to accept the consequences.

Lastly, note that in neither instance presented here do I recommend that one should argue or debate with the other. The old saying “you draw more flies with honey than with vinegar” applies. In the first instance (where you’re educating the individual), you’re simply showing him that the same dynamic applies not just with race, but with just about every demographic on the planet. In the second instance, discussions are in my opinion a waste of time and effort. For those who hide behind “Constitutional rights” as justification for their racism will not have their minds changed by logic or empathy, but only by personal experience.

Always remember that personal experience is the most effective teacher. 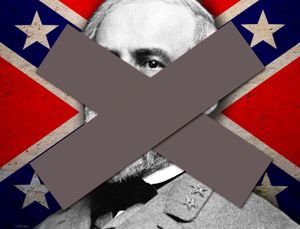 
Confederates Weren’t Patriots— They Were Traitors 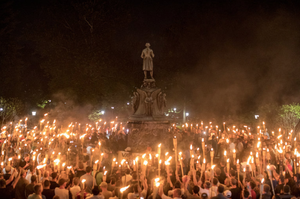 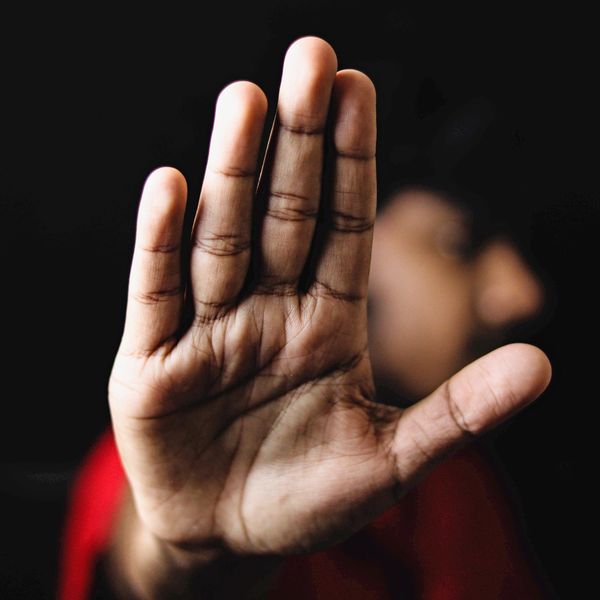 Exactly How Much Hatred Is Enough?