There are many women who educated other women by using their talents of writing and speaking to make their opinions known.

I remember learning about the Women’s Suffrage Movement in junior and senior high school. Instructors taught us how pioneers like Susan B. Anthony, Elizabeth Cady Stanton, and other white women fought tirelessly to gain the same voting rights for women as white men.

The assumption has always been that since African Americans were enslaved during that period, they couldn’t possibly have either played any part in the movement or offered any meaningful contributions if they did. But this notion could not be further from the truth.

Throughout the struggle for women's rights, Black women were always in the trenches with white women and worked just as tirelessly despite facing greater opposition. Yet rarely have their efforts shared the same spotlight as those of their white counterparts.

What follows are the names of a few prominent Black women who were involved in the Women’s Suffrage Movement and their contributions in not only securing the right to vote for all women but Black men, too.

The Beginnings of a Movement

Many Black women found themselves drawn to the women’s rights movement through their work advocating for the abolition of slavery and the Temperance Movement. It was within these groups that many women met, shared ideas, and strategized.

Related: A comprehensive list of African-American women who contributed to the movement

Although Black women advocated and supported white women in the fight for the equal treatment of all women as citizens, their efforts were shunned and their voices ignored when courting the Southern vote. Because many southern white women did not agree with Black women receiving equal rights, they unleashed their racism on their northern counterparts.

Black women were banned from attending meetings in which southern whites were involved and were barred from entrance to many national events. Tension also arose over Black men obtaining the right to before women. Many white women believed they deserved the right first. Susan B. Anthony stated:

I will cut off this right arm of mine before I will ever work or demand the ballot for the negro and not the woman.

To Black suffragists who had been working with and campaigning for these women, Anthony’s remark was a slap in the face. The overwhelming majority of white women were adamant that their priority was not about getting the vote for all women, but white women only.

Because of these differences of opinion, many Black women formed their own women’s organizations and recruited other Black women to take up the suffrage mantle.

Eventually, prominent white figures in the movement like Amelia Bloomer began to speak out against the racism that began to fracture the movement, in hopes that the women would again come together to work toward their common goals.

One of the first and perhaps most prominent of these women was Sojourner Truth. She gave her powerful “Ain’t I a Woman” speech in 1851 at the Ohio Women’s Rights Convention in Akron. She attended many other conventions across the country speaking in favor of voting rights for both women and Black men.

Harriet Tubman was an abolitionist who actively supported women’s rights. She is most widely known for being one of the fiercest women of her day. Tubman was a conductor in the Underground Railroad, making up to nineteen trips back into the South to help over 300 slaves gain their freedom. She did all this with a bounty on her head and never lost a person.

Another prominent figure of the movement was Harriet Forten Purvis who helped organized the first National Woman’s Rights Convention in 1854 and also helped create the Philadelphia Suffrage Association.

Frances Harper recruited many Black women to join the cause and held office in the National Association of Colored Women, becoming their first vice president.

Ida B. Wells formed the Alpha Suffrage Club in Chicago and used her platform as a journalist to further the suffrage cause.

Margaretta Forten and Harriet Forten Purvis, among other Black women, formed the American Equal Rights Association which advocated not only for the rights of all women but for those of men of color.

And Mary Ann Shadd Cary, an abolitionist turned women’s suffragist, started the first Black newspaper called The Provincial Freeman. She gave lectures throughout Canada and America advocating for the rights of both women and Black men.

There are so many more who recruited and educated other women by using their talents of writing and speaking to make their opinions known and heard. Unfortunately, many of their stories not only remained untold by history, but many of the same white women downplayed or ignored the integral part Black women played to ensure that they gained their rights while Black women continued to struggle for their own. 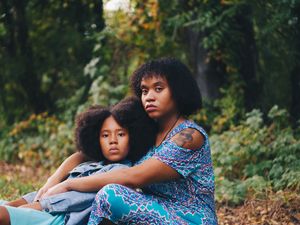 
The PhD in Racism Black People Receive from This Country


Losing, Reclaiming, and Reconciling My Religion with My Sexuality