VOLUME 4 NUMBER 27: Our Human Family, the SCOTUS, and Roe; Frederick Douglass’s 1852 assessment of July 4th’s meaning to the enslaved; Michael Greiner on a favorite strategy of the rich; and Ben Lane on the national anthem, Lady Liberty, and more.

We at Our Human Family see all life as precious, and are deeply disturbed by the U.S. Supreme Court’s overturning of Roe v. Wade’s federal protections for women’s access to a safe and legal abortion. This leaves the decision to legalize or criminalize having an abortion to individual states. Several states have moved to protect women’s rights to an abortion. However, other states have enacted laws that went into effect immediately upon the Supreme Court’s decision. And still other states are moving to criminalize this right. Such legislation leaves millions of women with no legal and safe access to the healthcare they need.

Would that no woman should have to choose an abortion, but the reality is that circumstances exist in which women must make this decision. To ignore this reality is shortsighted at best and malevolently dangerous at worst.

From its inception, Our Human Family has advocated for the racial equity and inclusion of all individuals regardless of ethnicity, sexual orientation, religious expression or the lack thereof, or gender. Our ethos springs from Christ’s command to love one another. To claim support for an unborn fetus while working to endanger others — women; Black, Indigenous, and People of Color; the LGBTQ; people with disabilities — contradicts a professed “pro life” belief system.

We understand that some of our supporters will not agree with our position, but our utmost concern is for a woman’s life, her quality of life, and her fundamental right to individual agency. All women, regardless of ethnicity, economic status, or physicality, have the right to exercise thoughtful consideration in making this most private and fundamental decision independent of government intervention or restriction. To limit their agency over their own body is to render all other rights meaningless.

The Our Human Family Board of Directors
and OHF Weekly Editors

Since SCOTUS’ negation of its forty-nine-year-old Roe v. Wade ruling last week, the response from most women (and more than a few men) has been furious. The loss of bodily autonomy is an attack on a most basic right and a dangerous step toward further oppression.

Frederick Douglass speaks here, perhaps better than anyone, to the importance of liberty and the hypocrisy of celebrating the country’s independence while enslavement continued to be an integral part of the nation’s fabric. As we prepare for the upcoming holiday, it is instructive to read his words through the lens of today.

We are a nation that embraces terms like “melting pot” while ignoring the continuous effects of enslavement emanating from our very foundation—indeed, denying it. And, we can see how the enslavement of Black people continues to inform and enable the bigotry against and oppression of several groups today. It is incumbent upon each of us, both morally and practically, to protect the rights of all of us.

Mr. President, Friends and Fellow Citizens: He who could address this audience without a quailing sensation, has stronger nerves than I have. I do not remember ever to have appeared as a speaker before any assembly more shrinkingly, nor with greater distrust of my ability, than I do this day. A feeling has crept over me, quite unfavorable to the exercise of my limited powers of speech. The task before me is one which requires much previous thought and study for its proper performance. I know that apologies of this sort are generally considered flat and unmeaning. I trust, however, that mine will not be so considered. Should I seem at ease, my appearance would much misrepresent me. The little experience I have had in addressing public meetings, in country schoolhouses, avails me nothing on the present occasion.

The papers and placards say, that I am to deliver a 4th [of] July oration. This certainly sounds large, and out of the common way, for it is true that I have often had the privilege to speak in this beautiful Hall, and to address many who now honor me with their presence. But neither their familiar faces, nor the perfect gage I think I have of Corinthian Hall, seems to free me from embarrassment.

The fact is, ladies and gentlemen, the distance between this platform and the slave plantation, from which I escaped, is considerable—and the difficulties to be overcome in getting from the latter to the former, are by no means slight. That I am here today is, to me, a matter of astonishment as well as of gratitude. You will not, therefore, be surprised, if in what I have to say, I evince no elaborate preparation, nor grace my speech with any high sounding exordium. With little experience and with less learning, I have been able to throw my thoughts hastily and imperfectly together; and trusting to your patient and generous indulgence, I will proceed to lay them before you. Read the full speech.

The Powerful Divide So They Can Conquer

It wasn’t all that long ago it seemed democracy and justice were on the march around the world. Since 1989, when the Soviet Union fell, dramatically illustrated by the crowds dancing on the ruins of the Berlin Wall and tanks turning against the overlords in Moscow, it seemed that power really was shifting to the people. Our existential opponent, Soviet communism, was defeated; the ideology of freedom and democracy had won. There was even a popular song at the time by the band Jesus Jones with the lyrics “right here, right now, watching the world wake up from history.”

It wasn’t all hype. As one dictatorship after another fell, the new governments pledged a commitment to free and fair elections, as well as the other institutions of democracy. According to the international research organization Freedom House, the number of countries it rated as “not free” fell to an all-time low of thirty-eight in 1992. It was an exciting time.

We worried, of course, about these newer democracies. Countries such as Russia and Hungary had not yet developed the robust democratic institutions and traditions that protected American democracy. It’s one thing to write a constitution on paper, but to turn it into a living breathing document that governs society is an entirely different thing. New York Times columnist and Nobel prize winning economist Paul Krugman remembered a friend of his, an international relations expert, making a joke during that time: “Now that Eastern Europe is free from the alien ideology of Communism, it can return to its true historical path – fascism.” Read the full story.

Every Fourth of July, I find myself singing “The Star-Spangled Banner” several times. Sure, it honors our nation, and I’m grateful to live in the land of the free and the home of the brave, and I appreciate those who keep it so. But lyrics that encourage us to glorify war, what with ramparts streaming and rockets glaring and bombs bursting through the night, do not resonate with me. I’d prefer we Americans be identified with something less pompous.

This song, our national anthem, wasn’t the favorite patriotic song in the U.S. when in 1931, Congress proclaimed it as the official anthem. A much better tribute that begins, “O beautiful, for spacious skies,” had long been the real voice of our homeland. That song, “America, the Beautiful,” with its humble prayer for grace and brotherhood, paired with a lovely noble tune, is refreshingly unpretentious.

This year, I found myself celebrating the holiday with groups of friends and colleagues (mostly professional musicians) who are prone to break into song spontaneously, as in a Broadway musical. We belted out the national anthem many times as a gesture of honor and solidarity with all Americans. I’ll admit that the tune is fun to sing, and together we created some incredible harmonies and a luscious vocal blend. I beamed gladly to share in such an inspiring moment. I even happened to shed a little tear — flowing from a heart of pride, no doubt, but chiefly a tear of grief, not joy. Read the full story.

Do you enjoy OHF Weekly? A small donation will help us keep this resource free to all. Skip a coffee drink and donate its cost to us — one time or monthly, no donation is too small. Know that your tax-deductible donation is advocating for racial equity, allyship, and inclusion.

Our Human Family is a registered 501(c)(3) charitable organization. 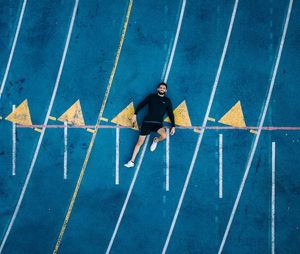 
Start Where You Are 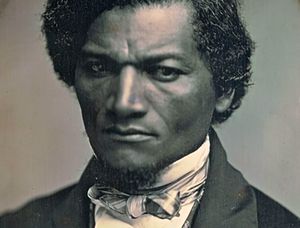