OHF Magazine, Issue No. 3: The Many Lives of Toni Morrison

Celebrating Pulitzer Prize winner and Nobel Prize laureate Toni Morrison and all Black women with a mix of compelling writing and beautiful imagery.

Black women. The moral backbone of the Black community and all too often the unsung she-roes who have saved individuals and America from calamitous fates, if not death. Black women. The embodiment of faith, hope, and love despite unspeakable oppression, erasure, and violence. Black women. For all who truly know them, they are the flowers we long to receive.

Toni Morrison’s accomplishments by the numbers include eleven novels, seven children’s books, two works of short fiction, three plays, one book of poetry, and a libretto; one Pulitzer Prize in Fiction, one Nobel Prize in Literature, one Grammy, seven honorary doctorates (from the University of Pennsylvania, Harvard University, Gustavus Adolphus College, Oxford University, Rutgers University, University of Geneva, and Princeton), one Presidential Medal of Freedom, and over forty various domestic and international awards and honors.

Impressive laurels by any standard, but that they were bestowed upon a Black woman in a field dominated by white men makes them all the more astounding. People who are unfamiliar with Toni’s work often assume that since she wrote exclusively about the Black experience, any meaning of note exists exclusively for and can be deciphered only by Black people. This is patently untrue. Yes, the import of Toni’s canon resonates with Black people. It also reverberates throughout the whole of humanity . . . because, after all, the Black experience is a human experience. Blackness confirms what it means to be human, not contradicts.

In the past, OHF Magazine editors have tasked contributors with focusing on one specific opus by a particular muse. For our debut issue, the final line from Maya Angelou’s poem  “Human Family”—“we are more alike, my friends, than we are unalike”—served as the common point of reference. With Issue No. 2, we asked our writers to mine James Baldwin’s prescient “Letter to My Nephew” for truths mirrored in their lives. But for Issue No. 3, because of the depth and breadth of Toni’s body of work, instead of asking our international team of writers to focus on a singular work, we asked each of them to choose their favorite Morrison opus about which to write.

There is a misconception that Toni plumbed only feminist waters for subject matter. Nothing could be further from the truth. Even this issue’s cover, “Shalimar Men III” by Nettrice R. Gaskins, inspired by Milkman Dead from Toni’s Song of Solomon, serves as a testament to her facility in handling male and female protagonists.

In her 1998 Salon interview, she said, “Everything I’ve ever done, in the writing world, has been to expand articulation, rather than to close it, to open doors, sometimes, not even closing the book—leaving the endings open for reinterpretation, revisitation, a little ambiguity. I detest and loathe [those categories]. I think it’s off-putting to some readers, who may feel that I’m involved in writing some kind of feminist tract. I don’t subscribe to patriarchy, and I don’t think it should be substituted with matriarchy. I think it’s a question of equitable access, and opening doors to all sorts of things.”

The articles presented in this issue attest that Toni didn’t write simple narratives or complex narratives for that matter. She constructed three-dimensional worlds for her characters to inhabit in which objects, numbers, colors—everything is imbued with purpose and symbolism.

I experienced several epiphanies while working on this issue, once all the first drafts were submitted. I’m a guy who looks for meaning and recognizable patterns, not conspiracy theories, but themes, big-picture “stuff.” The first thing that jumped out at me was that four of the five works focused on protagonists in specific stages of life, and the fifth provided an overarching tenet. The second was Toni’s ability to write about different phases of life as if she had lived the lives of her protagonists, antagonists, and each of her story’s supporting characters—from the inside out, paying close attention to longings, fears, foibles, and fantasies. And she does so in a manner that is compassionate and honors that character’s situation.

Sylvia Wohlfarth chose The Book of Mean People, which explores interactions with adults from a child’s point of view. Sharon Hurley Hall writes about The Bluest Eye and the price of a young girl’s dreams of acceptance. Sabrina Bryant addresses the themes of opposing sexual mores imposed on young Black versus white women in Sula. Sherry Kappel reviews the depth of a mother’s love as presented in Beloved. And Terra Kestrel gleans meaning from one of Toni’s speeches on how to live out one’s purpose, with an admonition about avoiding one major distraction.

But what takes these articles to the next level is the writers’ ability to draw relatable parallels between Toni’s texts and their own lives. In doing so, they acknowledge the timelessness and relevance of Toni’s work.

Some of you may have noticed that I refer to Ms. Morrison as if she is an old friend. Unfortunately, I only know Toni through her novels, essays, and interviews. But women like Toni are the heart and soul of the Black community. Just about everyone Black knows a “Toni” (sans her well-documented writing skills and accolades), the friend or relative who fearlessly speaks truth in love, has no time for nonsense, but always makes time to encourage and nurture others. Mine was my late older sister Brenda. She too had a thorough understanding of human nature and a burning love for Black people and our various cultures. She was my very own Toni . . . so it’s only “natural” that I assume familiarity with Toni.

On behalf of the editorial and design teams, and myself, we hope you find this publication to be an unapologetic celebration of Black women, their resolve, relationships, resilience, and joy in a world that too often fails to give them their flowers. Ladies, your bouquets have arrived.

Love one another,
Clay Rivers
OHF Magazine Editor in Chief 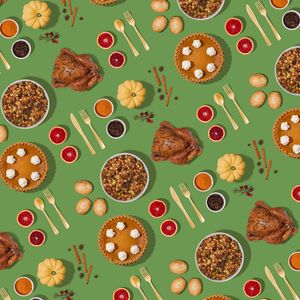 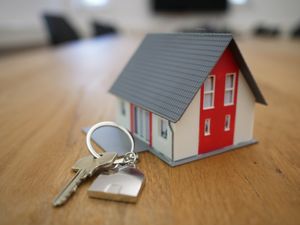