In This Issue: “Humanity on Trial in Minneapolis,” “When White Men Have Bad Days,” and “We're All Racists”

💛  Thanks for your interest in what we at OHF Weekly have to say on matters of racial equity and for supporting us in our work. Know that at present while we may not be in the same physical space or conferencing online just yet, our communiqués are intended to facilitate dialogue. We want to hear from you in the Comments section on each of our articles or via email.

If you have questions for our editorial staff or writers, respond to this newsletter and we’ll get it to the appropriate people. If we’re writing articles that resonate with you, we’d like to hear about it. And more importantly, if we publish articles that you feel miss the mark, we’d like to know that, too. We’re here to challenge your beliefs and broaden your perspective for the specific purpose of facilitating racial equity. But you know that already, since you’ve read our About page.

Your subscription and contributions make the work of OHF Weekly and Our Human Family possible. You know . . . this spiffy new home didn’t just spring into being of its own accord. It takes money to keep the lights on, digital servers humming, and that behind-the-scenes stuff no one thinks about. And publishing quality articles doesn’t happen by chance—it takes a dedicated team of writers and editors. And my personal goal, while publishing thought-provoking articles that enlighten and inspire, is to compensate the editorial staff.

So get out there and tell your friends about us. Share our articles with your neighbors and anyone you feel might benefit from them. And . . . uh . . . if you come across someone who’d be interested in sponsoring our efforts, send them our way. Just saying, we’re open to discussing all possibilities.

Letter from the Editor:
Humanity on Trial in Minneapolis

I don’t know about you but the possibility of yet another “No justice for you, Black folks” fusterclucked verdict thanks to America’s misplaced allegiance to the “othering” of Black people is heavy on my mind.

I am someone who stands forty-eight inches tall. (Dwarfism.) That fact alone gives me a different perspective on inclusion and diversity that’s a bit broader than that of the average person. Add to the mix the fact that I am also Black, Christian, and gay, and one could describe my point of view on matters related to race, prejudice, community, bias, and othering, as . . . well . . . really unique.

Truth is my outlook is simply informed because, let’s face it, the segment of the population that’s living with dwarfism, Black, holds Christian beliefs, and gay is fairly small. I could spin yarns about how people I’ve known and perfect strangers have sought to diminish, if not deny, my personhood based on their thoughts on the body I should have, how being of a different ethnicity would make my life easier, which faith doctrines I should subscribe to, and whom I should love.

People have actually referred to my height, race, faith, and sexual orientation as “strikes” against me. No joke. Rest assured, I shut them down and set them straight.

It took me years to understand that despite what anyone thinks about short people, Black people, people who profess belief in Christ’s teachings, or men who like men; these facets of my being do not preclude me from the rights of personhood held by everyone else, nor do they decrease my worth as a human being.

The indisputable fact is this: Those manifestations of my being as deemed by my Creator are a part of that full spectrum of humanity by virtue that . . . to put it bluntly . . . I’m a people. Millions of other people have been living their lives within the realm of those circumstances singularly or in any number of combinations since the dawn of man. That fact is independent of the whims, opinions, or disposition of anyone. Including me.

My point? I know about inclusion, bias, and prejudice. And I know even more about being human. I live it every day.

Watching Minnesota v. Derek Michael Chauvin is an emotional roller coaster for me. Yes, this case is about seeking justice for George Floyd and his loved ones by finding Chauvin guilty and sentencing him to prison, but humanity is also on trial in Minneapolis. The court proceedings are a parade of the best of humanity juxtaposed against nine minutes and twenty-nine seconds of naked brutality and abuse of power looped for the world’s viewing displeasure.

On one hand, we have numerous eyewitness statements by passersby that attest to George Floyd’s human-ness. Unknowingly, the passersby also testified to their own human-ness by expressing abject compassion for Mr. Floyd and their desire to end the torment he endured during the final minutes of his life. We have the testimony of career professional law enforcement officers, doctors, EMTs, experts in police protocol, and more, all stating clearly defined parameters for acceptable police behavior and limits of use of force while someone is in their custody.

On the other hand, we have a defense legal team working to excuse the inexcusable. They would have us believe the six-foot-four George Floyd was an enormous, lumbering, drug-addled Black behemoth who by his very presence—though he lay handcuffed in the street—instilled fear in Chauvin and his cohorts for their own safety due to the supposed destruction Mr. Floyd might wreak upon them.

The defense would have us believe that Mr. Floyd brought his murder upon himself. They reason since Mr. Floyd was a tall Black man, Chauvin needed to use deadly force to restrain him—though hand-cuffed and prone in the street with the full weight of Chauvin resting on his neck. Because he had a history of opiate addiction, Mr. Floyd deserved to die. Because he was emotionally distraught over the possibility of being shot by police, he deserved to die.

The concepts of humanity, humanness, who is and who isn’t regarded as human, as well as who receives the rights therein and who does not, are all on trial. Will the jury recognize and uphold the inherent humanity of George Floyd? Is it possible for this jury of two African Americans, two Black immigrants, two mixed-race people, and six white people to find Chauvin guilty?

I have serious doubts. Nothing is a guarantee when people are involved, and especially when white folks have to choose upholding the rights of Black people at the expense of white people. White supremacy has been the default setting in America for much too long. And yet, I hope for the best.

The irony of the situation is that while everyone who has watched the bystander video of Mr. Floyd’s death recognizes it for what it is: the barbaric torture and murder of another human being, we now have to relive the whole thing, and then some, so that the jury can determine whether or not Chauvin’s actions constitute a “proper” crime.

Mr. Floyd’s life had value and meaning. The same as yours. The same as mine. His height, race, build, and previous addiction to opiates make him no less human than you. No less than me. No more fusterclucks, America. Black people across the nation are overdue for validation.

Let’s hope the jurors do not interpret “beyond a reasonable doubt” to mean “beyond all doubt.”

There's an old saying that goes, “Sometimes you eat the bear, and sometimes the bears eats you.” The implied meaning is sometimes you win, sometimes you lose. Marley K demonstrates the one-sided nature of a uniquely American situation in “When White Men Have Bad Days.”

Most people would agree either you’re racist or you’re not—until it comes to their own self-examination; then, things aren’t quite so black and white. OHF Weekly Managing Editor Sherry Kappel unpacks racism, the “acceptable” ways it manifests, and points out the biggest stumbling block to recognizing it in one’s life.

This week’s legacy article was one of the first articles published by Our Human Family and it’s one our favorites. It may be obvious to many why white folks can’t use the N-Word, but Glenn Rocess makes it abundantly clear with sharp wit and insight why it’s simply unacceptable to do at any time, any place.

Fieldnotes on Allyship: Our New Book to Help Allies and Anti-Racism Advocates

In the aftermath of the murder of George Floyd and the routine killing of Black Americans, unprecedented numbers of people are participating in peaceful marches and demonstrations across the United States. There are many more who want get involved, for whom demonstrations are not an option. And they’re unsure what to do. Fieldnotes on Allyship is an informal and informative guide to becoming an effective ally right where you are. Written by eighteen authors from the U.S. and around the world, this collection of essays covers four areas:

Available in print at Lulu.com, and for download for iPad, Nook, and Kindle at ourhumanfamily.org.

Have a great weekend. Oh, yes. And remember to— 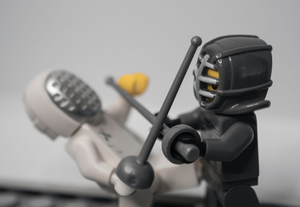 
Humanity on Trial in Minneapolis 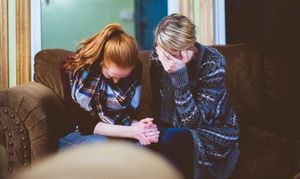