How did we reach this point where mass shootings have become commonplace? Those of us who are older remember a time long before Columbine, when school shootings were simply unheard of. What changed? As with so many of our nation’s shortcomings, it begins with racism.

In any other first-world nation, a mass shooting is national—and often international—news. In America, it’s a Tuesday. No other developed nation allows such easy access to firearms of almost any type, and no other nation’s schools require “active shooter” drills for its children. There are Americans who move overseas to protect their children from gun violence at school; I know this firsthand because my wife and I sent our youngest son to school overseas less than a month after he told us he knew other kids who were bringing guns to school. He has since told us this was the best thing we ever did for him.

How did we reach this point where mass shootings have become commonplace? Those of us who are older remember a time long before Columbine, when school shootings were simply unheard of. What changed? As with so many of our nation’s shortcomings, it begins with racism.

Here’s a question: Do you know of an organization that opposes gun control laws, supports the right to openly carry arms, spreads the alarm about the government keeping its people “disarmed and powerless,” and even requires its members to be trained in how to use and clean firearms?

The NRA assisted Roosevelt in drafting the 1934 National Firearms Act and the 1938 Gun Control Act, the first federal gun control laws. These laws placed heavy taxes and regulation requirements on firearms that were associated with crime, such as machine guns, sawed-off shotguns and silencers. Gun sellers and owners were required to register with the federal government and felons were banned from owning weapons.

Then came the Civil Rights Struggle of the 1960s. Black Americans had endured nearly a century of Jim Crow laws after the end of enslavement, but even with the legal victories of Brown v. Board of Education and the 1964 Civil Rights Act, racism was rampant in every walk of life, more so even than today. The Black Panthers were at the forefront of the fight, and went so far as to occupy the California State Capitol building, openly carrying arms as they did so. The occupation—as opposed to the violent insurrection on January 6, 2021, at our nation’s Capitol—was completely peaceful and resulted in no injuries.

But what was the NRA’s response? Full-throated support of a series of gun-control laws, beginning with the Mulford Act (which prohibited open carry of loaded firearms) and other laws, including:

“ . . . the Gun Control Act of 1968, which adopted new laws prohibiting certain people from owning guns, providing for beefed up licensing and inspections of gun dealers and restricting the importation of cheap Saturday night specials [pocket pistols] that were popular in some urban communities.”

It would be hard for anyone today to miss the dog-whistle insinuations in the last half of that quote.

But even as the Black Panthers were protesting against (among other things) an end to police brutality and racist government policies, this was also the time of a rising backlash of white racists against civil rights and desegregation, who found their justification in libertarian rhetorical tropes such as “state’s rights,” “small government,” and “government overreach”—and they wanted guns. For the NRA, the breaking point was a botched raid in 1971 by Bureau of Alcohol, Tobacco, and Firearms agents of an NRA member named Kenyon Bellew, who was left paralyzed.

After this watershed moment in their history, the NRA became ever more opposed to any gun-control legislation at all. As a side note, however, the reader will note the NRA’s almost total silence concerning any Black men, women, or children who were wrongfully injured or killed by law enforcement agencies, including those with legally obtained guns.

The tragic murder of Breonna Taylor comes to mind. The raid that resulted in her death was—like the one on Kenyon Bellew—a no-knock raid, but with infinitely worse results. The shooting started when her boyfriend shot a legally owned gun in self-defense, unaware that the intruders were the police. Then there was Philando Castile, who had informed the policeman that he legally had a weapon but was shot and killed as he reached for his identification card. And twelve-year-old Tamir Rice, who police murdered on sight for playing with a toy gun in a park.

As far as can be determined, it seems the NRA didn’t even offer the rightfully-derided “thoughts and prayers” response in either instance, even though both were much more egregious than the Kenyon Bellew case that has provided their raison d’être from 1971 to the current day.

Per the BBC, “In 1975, it formed a lobbying arm, the Institute for Legislative Action, to influence government policy. And in 1977 it formed its own Political Action Committee (PAC), to channel funds to legislators.”

For well over half its history, the National Rifle Association abided by its founding principle of promoting the effective use of firearms on a scientific basis, and was in the forefront of supporting firearm regulation in the interests of a safer society as a whole. Unfortunately, ever since the 1960s, the NRA has become, in the words of Josh Sugarmann, executive director of the Violence Policy Center, “essentially a de facto trade association masquerading as a shooting sports foundation. The NRA does the bulk of lobbying for the [firearms manufacturing] industry.”

Robert Spitzer, chairman of the political science department at the State University of New York at Cortland, says that ever since the 1994 assault weapons vote, the NRA “locked itself into a pattern of ever more apocalyptic, extremist, uncompromising rhetoric.”

Even worse, the NRA, by its own actions (and lack thereof), has allowed itself to become a willing and eager accomplice of white racists who to this day still cannot look past the color of their own skin to see the humanity of others. Worst of all is the monolithic nature of the modern NRA itself, unable to even consider changing its policies to support common-sense gun control legislation—no matter how many innocent people are murdered in cold blood by the weapon it seems to uphold as the holiest of relics. 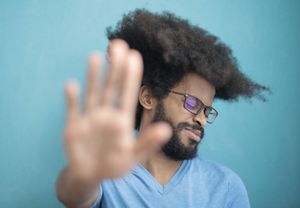 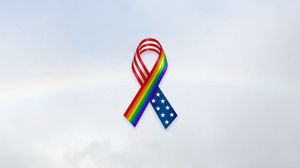 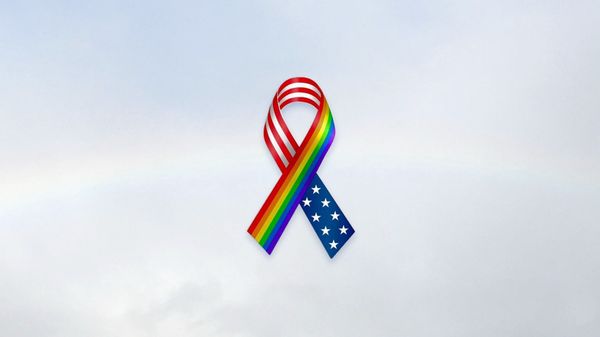