Confronting Our Nation’s Racist Past with Truth and Reconciliation

What America can learn from Rwanda and South Africa about enacting restorative justice.

In the early 1990s, somewhere between 500,000 and a million people were killed in Rwanda. The victims were primarily members of a minority group, called the Tutsis, by the majority Hutus. The world was shocked but, not surprisingly, did nothing. Ultimately, the genocide ended when an army of Tutsis, referred to as the Rwandan Patriotic Front, or RPF, took control of the country. In response, somewhere between one and two million Hutus fled to neighboring countries out of fear of retaliation.

Genocide refers to the systematic effort by a society to exterminate a minority group. Ironically, the word is a hybrid from two different languages. Geno comes from the Greek word for race or people. Cide comes from the Latin word for killing, as in patricide or suicide. Somehow, two distinct cultures have been able to coexist in this word that describes one culture attempting to exterminate another.

The most infamous genocide is the Holocaust. One cannot understate the horror of that event. What’s sometimes forgotten, however, are the economic roots of it. The Jewish people were one of the more successful groups in Germany between World War I and II, a time of overall economic distress. Part of the reason for the Jews’ success has to do with their religious precepts: education is viewed as a means to get closer to God. Remember that the term rabbi means “teacher.” As a result, Jews tended to be more educated than the average German at the time.

Because of this success, Nazi leaders demonized them. During the period between the two World Wars, the burden of paying reparations to France and Britain decimated Germany’s economy. Inflation was rampant, there was high unemployment, and former soldiers saw their pensions become worthless. The government of the time came under widespread criticism. Then, when the Depression came in 1929, it hit already weakened Germany particularly hard.

For suffering people looking for someone to blame, those Jewish shopkeepers and bankers who made money while everyone else seemed to be languishing were easy targets. But for the Nazi elite, the Jews represented an opportunity. Their businesses could be taken, their property could be seized, all riches that could be confiscated at will. It wasn’t by accident that the Nazis’ first step in targeting Jews was to seize their possessions. All too often we forget that those possessions weren’t simply abandoned, they were stolen by the government.

The Holocaust is not the only time Jews have been targeted because of their business acumen. For example, the Spanish Inquisition is frequently misunderstood. For centuries Spain had been a haven for Jews. Many Jews even held positions as kings’ advisors. In 1469, King Ferdinand needed a source to finance a war to seize the land of the North African Muslims, known as Moors.

Only a few groups had great wealth at the time. One was the Church. Ferdinand’s wife Isabella, however, was known for her piety, so she would not support any effort to seize church assets the way Henry VIII would in England. Instead, the savvy Ferdinand decided to target another group, one with great wealth that would not be protected by Isabella’s faith: the Jews.

By couching his operation to dispossess the Jews of Isabella’s land as a Christian enterprise, Ferdinand forced Isabella to chose between her church and her Jewish friends. And Isabella chose her Church every time. Her allegiance to the Church was a particularly bitter pill for the Jews because many were her trusted advisors. King Ferdinand also earned the praise of the Church. The riches he dispossessed from the Jews enabled the Spanish to finally push out the so-called “godless” Muslim Moors from the Iberian peninsula.

In America, we remember Isabella and Ferdinand fondly because they funded Christopher Columbus’s voyage that “discovered” America. Indeed, we just celebrated Columbus Day in his memory. Recently, however, celebrating this date has been questioned by those who view Columbus as something less than a hero, instead of seeing him as the brutal opportunist that is part of his legacy. What is not discussed, however, is the fact that his voyage was funded, at least in part, from riches stolen from Jews by the Spanish Crown.

Ironically, Columbus Day was first celebrated as a way to stop racist attacks against Italians. In the wake of the assassination of New Orleans’s popular police chief David Hennessy, a brown-skinned minority group was blamed. That group was Italians, in this case. After a trial failed to convict any of the accused, demonstrating the flimsiness of the evidence, a White mob lynched eleven Italian-Americans, earning the praise of a Louisiana Grand Jury as well as newspapers across the country.

Italians, obviously, were outraged. The event led to a genuine diplomatic crisis which almost brought the U.S. into war with Italy. In an effort to defuse the crisis, then-President Benjamin Harrison paid Italy compensation and declared the first Columbus Day in 1892. The aim was to paint Italians as having a special relationship with America, and thus change the prevailing prejudice against these brown-skinned people who had been called “ruffians.”

The Italians were lucky they had a powerful nation-state to advocate for their interests. Such would not be the case for Indigenous Peoples, who were subjected to an American genocide for sure. The reason? They were located on land that White Americans wanted to farm. In its 1823 decision Johnson v. McIntosh, the Supreme Court led by Chief Justice John Marshall, held that Indigenous Peoples held no title to the land. According to the Court, because America was “discovered,” the Indigenous Peoples were just occupying land that belonged to the Federal government. All that remained was to push them off, a task that White Americans engaged in with relish.

Arguably, our treatment of Black Americans can be characterized as genocidal. Aside from the lynching of nearly 3,500 Black Americans and 1,200 of their White allies, as well as the imprisonment of generations of Black men, the American government has engaged in the organized killing of Black Americans on several occasions. For example, a hundred years ago, White national guardsmen and other law enforcement officials machine-gunned thousands of peaceful Black men, women, and children in Elaine, Arkansas. If that horror isn’t genocide, I don’t know what is.

Just like other forms of oppression, ours was economically motivated, but in a different way. White Americans did not just want to seize the land possessed by the Black people. Instead, slavers wanted to own a perpetual labor pool to help farm their expansive territories — territories, by the way, they seized from the Indigenous Peoples. Unlike the Italians, however, there was no European power to stand up to our treatment of its erstwhile citizens. As a result, Black people became the target of oppression.

It doesn’t have to be that way, however. The Rwandans and post-Apartheid South Africans can show us the way. In the wake of their national tragedies, both engaged in processes of truth and reconciliation. To do so, each set up temporary organizations tasked with documenting the horrors that human beings had inflicted upon each other. The first step in helping a nation recover from such trauma must be to document the past in a way that future generations will be unable to deny or minimize its importance.

Consider how certain white supremacists have worked to deny the Holocaust. They want to accomplish this goal because then it will appear unnecessary to work to avoid future oppression and ultimately genocide. In truth, had it not been for the foresight of General Eisenhower in documenting the German concentration camps, Holocaust deniers might have been successful in that effort. As we know, oppressors always have a way of demeaning the testimony of members of the people they oppress.

We can see an example of the success of that strategy in America. As a young man, I was shocked to read the accounts of White atrocities against Indigenous Peoples in the book Bury my Heart at Wounded Knee. The fact that most Americans are unaware of this history allows us to denigrate the claims of Indigenous Americans for justice. My daughter, who is otherwise a very progressive person, chafes at the idea that Indigenous People get free college tuition. She would be unable to be so cavalier if she were fully aware of the outrages our nation perpetrated upon First Peoples.

Once a concrete record has been established, a process of reconciliation can begin. Typically, this process involves several steps. The first is to allow the victims of the atrocity to be heard. When people give voice to their pain, they gain control over their own narrative, the first step to allowing them to heal. The second step is to provide some procedure for justice. In Rwanda, for example, where there were well-established tribal courts, much of the power for this process was vested in them. These institutions reached out to the surviving victims of the genocide, seeking to find a path to help them feel that justice has been done. Without that perception, there can never be real peace in society.

That brings me to the final aspect of the Truth and Reconciliation process: restorative justice. The kind of justice this process seeks is not just punitive but also looks to help people heal. You hear all the time that when a court finds a murder defendant guilty, that judgment brings closure to the family. At the same time, the family acknowledges that their loved one can never be brought back. Punitive justice alone cannot heal such deep wounds.

Where punitive justice seeks only to punish, restorative justice seeks to heal divisions. In South Africa, for example, where Bishop Desmond Tutu led the commission, certain actors who fully admitted their crimes, conceded that the crimes were politically-driven, and asked for forgiveness, were granted amnesty. The commission also made policy recommendations, such as a wealth tax, aimed at taxing the beneficiaries of Apartheid and using the proceeds to assist those who had been victimized by its brutality. In Rwanda, former offenders went to camps where they worked side-by-side with victims to help reeducate and reintegrate repentant malefactors into civil society. Certainly, the African experiences have not been perfect, but their efforts have allowed these nations to evolve into working democracies.

Ultimately, the aim of this process is a communal sense of forgiveness. Allowing the aggrieved party to go without justice will only perpetuate their hurt and anger associated with the original crime. On the other hand, a purely punitive approach to justice, or an approach that simply swaps the places of the oppressor and the oppressed simply creates a new group harboring their resentments. Instead, the goal should be to create a society in which all parties recognize the humanity of everyone and in so doing, learn to coexist.

In the United States, however, we have not engaged in such a process. Our efforts to fully document the devastation White people have perpetrated against BIPOC (Black, Indigenous, and People of Color) are just beginning. As a result, calls for some kind of restorative justice, such as in the form of reparations, are only beginning.

Truth and justice will heal our nation, just as it has in Rwanda and South Africa. As long as we are unwilling to honestly confront our racist past, it will remain a barrier to our recovery. When we begin to engage in truth and reconciliation just as the Hutus and Tutsis have, then it will become obvious what we must do to make our wrongs right. 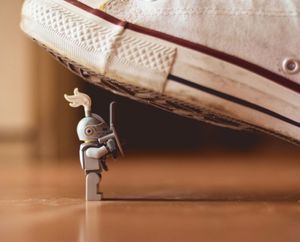 
The Flawed Psychology of the Middle-Aged Conservative White Man 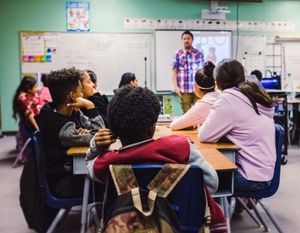 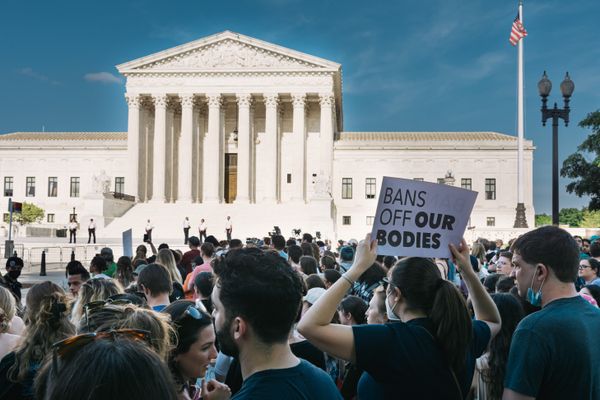 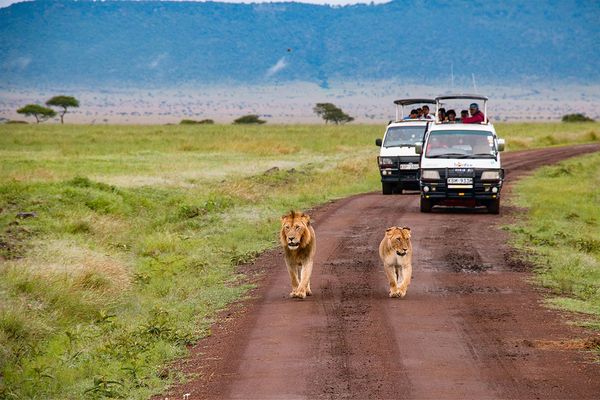 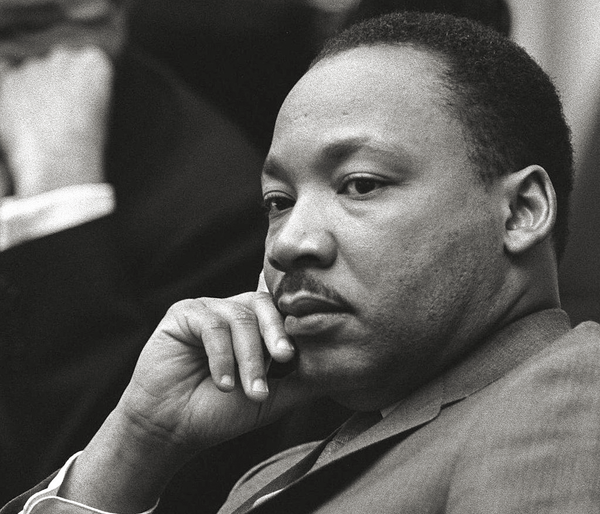 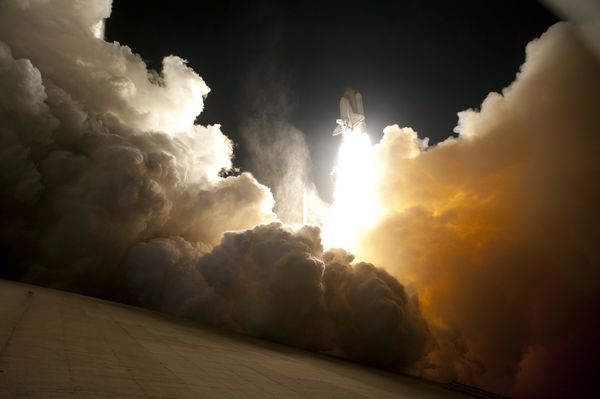 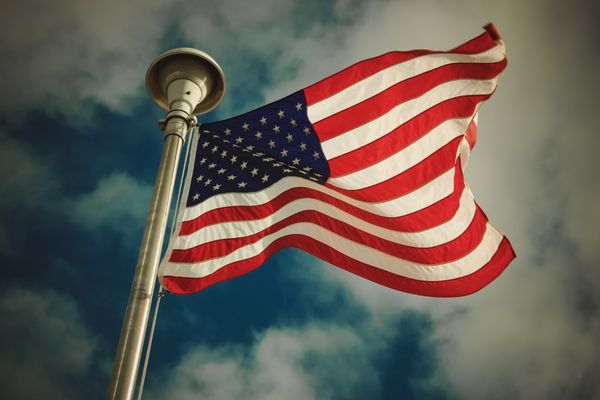