In This Issue: Bipartisanship: A Racist Canard?; What the Media Misses in AAPI and Black Relations, plus Why Can’t We Acknowledge Systemic Racism?

💛  We thank you for signing up for OHF Weekly as we strive to bring you freshest voices today speaking about inclusion and acceptance. We say that once you see someone as human, you can never unsee their humanity—and this is what drives us to find the best writers to tell you their stories that will connect you to their human-ness.

And we seek to build community as well, by not only listening to the stories that others are telling—we are also sharing our own stories. Each of our stories includes a comment box where you can give your thoughts on the article, and we hope create dialog with everyone else in our community. Take a look at the stories this week and let us know what you think. What got you to take another glance? What made you ask yourself a question you hadn’t thought of before? What helped you to look at your own life or actions to consider how you can help build community? Let us know—we’d love to hear your responses!

By subscribing and contributing to OHF Weekly, you keep us running on all cylinders so that every week a new issue comes out. And we are thankful for your financial support. If you could do one more thing for us—share our stories with others that you know. And let them know what we mean to you. It’s that personal connection that draws people into conversation.

In this week’s issue we have a tasty collection of pieces from our writing staff. OHF Weekly Volume 3 Number 10 features articles that we’re sure you’ll enjoy:

If you’re into streaming video (and in this time of pandemic isolation, who isn’t?) you might have seen teasers for a new release from Netflix, Two Distant Strangers. The plot seems simple on the surface: Carter, a young Black man, keeps reliving the aftereffects of what seems to be a perfect night with the partner of his dreams, but unlike Groundhog Day (1993), the familiar cousin to this movie, there isn’t a happy ending. There isn’t really even any ending. The movie just stops showing the repeating scenes in which the protagonist meets the end of his same waking nightmare.

I haven’t watched it, and don’t intend to, even though it’s nominated for the 2021 Academy Award for Best Live Action Short Film. I’m skipping it because it is another film where Black pain is centered and displayed. As a consumers of a steady diet of information on my screens, I can see enough of that when I turn on the TV or browse my social media feeds. I am not a stranger to this pain; I am familiar with it, and either dulled to its import or triggered again to despair.

The distant strangers in the film are Carter, a young cartoonist, and Merk, the police officer whom he encounters at the end of every day of his life. Carter is hopeful and full of life. Merk has a job to do and performs it faithfully every single time, to the same tragic conclusion.

If you are in any way aware or awake in America right now, you see this dynamic repeated endlessly, exchanging names and cities but with the same results: a Black person, usually a Black male, has an encounter with the police, and only the police are alive at the end. Two strangers meet, and one survives. The distance is not in proximity but in understanding: why can’t the police see the lives and pain of Black people? What is missing in these encounters?

So I ask, what are all the protests and rage and demands for justice doing to change the trajectory of these encounters? At the end of each moment I add to the list of Black Americans killed this year alone for such things as jaywalking (Kurt Reinhold) or dating a woman that a police officer wanted for himself (Robert Howard) or for telling the police to leave his property (Patrick Warren, Sr.) or, more recently, driving with an air freshener hanging from his rear view mirror (Daunte Wright).

This is frightening and enraging and discouraging. It seems as if we as a nation are locked in a perpetual reliving of the last worst day of our lives, again and again. We are distant strangers, living out lives incomprehensible to one another.

But I believe we can change this narrative, not by ignoring the events, but by first changing ourselves by getting to know one another. This magazine exists for that single purpose, to share more about each other so that we better see the humanity common to all of us—and because of that, begin to make changes in our lives in how we encounter people, how we treat people, how we make a difference in the worlds where we have some impact, and ultimately how we decide some of our most profound choices, such as whom we include in our lives, whom we hire and promote, and for whom we pull the levers in an election.

The old saying is that it is not our duty to finish the work, but neither are we at liberty to neglect it. It’s time for us to use our lives more fully so that we do the work that we can do to bring us closer to equality, to inclusion, to acceptance—and to love.

Let’s do that. Let’s love one another.

There’s been an uptick recently in hate crimes perpetrated against the Asian and Pacific Islander (AAPI) community. While the media focuses on the incidents involving African Americans, Sabrina Bryant points out that these communities have a history of working together—and can do so again

America is becoming browner and will soon be a majority-minority nation, and those threatened by that change are committed to political gridlock. But Michael Greiner argues when our politics reflect the diversity in our society, we’ll eliminate the government gridlock and move forward to bring about necessary changes.

For our legacy article this week, we’re highlighting a piece by William Spivey who seeks understanding the reasons why there are certain words and phrases that people cannot agree as to their meaning, let alone their validity and current context for their existence.

Every day that we are alive we have the chance to make a difference. Choose to use your life today to bring about change. It will be one of the best decisions you ever made. 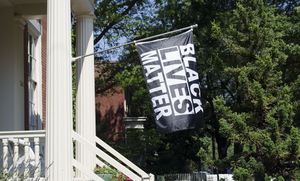 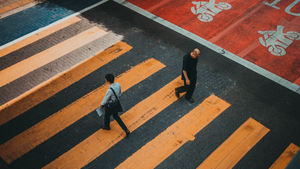