For Black People, Indigenous People, and People of Color, there’s a world of folks anticipating our failure. We don’t need to be one of them. Here’s a little something to hopefully prop you up and help you on your way.

A buddy of mine was all excited to attend a writing workshop at a prestigious university. Thanks to a couple of unforeseen travel delays, he arrived at his destination a day or so late but was able to squeak in some quality time with phenomenal session leaders and younger fellow attendees. He told me the caliber of instruction far exceeded anything he expected. But he came away from his mountaintop experience feeling that the window to any potentially good options for his future was sealed shut.

A little backstory here, Buddy is about forty now, and because of a couple setbacks, he did not geto to attend college straight out of high school. But he enlisted in the military instead and believes the adage, It’s never too late, is a lie.

Truth is, the saying “It is never too late” isn’t one hundred percent false. There’s a lot to be said for timing, but Your future is determined solely by your past is not one of them.

For Buddy and anyone else out there feeling their future evaporated with the glory days of their youth, I say this not to diminish your pain, but we all have experienced unexpected plot twists in our lives that have sent us on unimagined adventures. Case in point . . . I graduated from high school with a State of Florida honors diploma. I fought my father tooth and nail over my decision to not to follow his plans for me to attend his alma mater. Why? Because my father was well-connected at his former college. I took that to mean I would have wanted for nothing and had no say-so in decisions about my life. Finally, it came down to me telling my parents that if I didn’t go to a different school, I wasn’t going to college.

My father gave in, and I attended a different school. I also came .01 shy of getting kicked out of college. No doubt I turned my grades around. After burning myself out over the next three years with a declared major in Communications, hopes of landing a marketing job, and no degree, I returned to Orlando, put my matriculation on hold, and took a job I loathed at one of the theme parks as . . . wait for it . . . a costumed character.

Looking back and mourning over what never was is a costly and dangerous luxury few can afford.

Two years into the gig, I decided I didn’t want to spend the rest of my life in fur, no offense, but it simply was not something I wanted to do. So I wore fur during the day and finished my degree at a local liberal arts college at night. Getting my Bachelors should have taken me three years. It took seven. That gig in entertainment turned out to be the best thing for my personal and spiritual growth, but I could not see that until years later. Eventually, I landed the art director position I dreamed of, but life just had other plans for how to get me there. Better plans? I don’t know. But different, for sure.

Do I wonder what my life would’ve been like had I followed my father’s predetermined course for my life? Sure. Probably more often than I should. But I can’t do anything about the past. There’s no way this side of eternity I’ll know what could have been. Maybe my life would’ve been better in some regards. It also could’ve turned out a lot worse. Who knows?

Full disclosure, that wasn’t the only pivotal decision I’ve made that I have second-guessed. (More on that another day.) But one thing I’ve learned is that I can’t change the past. Looking back and mourning over what never was is a costly and dangerous luxury few can afford. I learned the practice can rob me of today’s opportunities to set new goals for my future. It also can lead to serious depression as well. Trust me, I know of what I write here.

Will I ever be the person I might have been if I followed in my father’s footsteps? Probably not. There are too many unknowns. Too many variables were at play then that no longer exist, so there’s no way to know. And so, in a very real sense, the window to opportunities available at the time is closed. But . . . that doesn’t mean that the window to different opportunities is closed to the person I am today.

To me, the only time that’s wasted is time where I haven’t grown in my understanding of God, myself, people, or the world and how it works.

. . . the only person who can close the windows (yes, that’s intentionally plural) to your future is you.

To take advantage of the present, it’s incumbent upon me to live in the here and now with an awareness of the following:

Again, the window to everyone’s past is irreparably closed by time. That’s just the way the Universe works. But the only person who can close the windows (yes, that’s intentionally plural) to your future is you. How can you possibly know what’s waiting out there for you and who might be able to help you, if you don’t look for it?

What Buddy and other people in similar situations are experiencing is a midlife crisis of sorts. What the heck am I going to do with my life? I’m x years old and I still haven’t reached those goals I set twenty years ago!

Maybe it’s time to step back, let go of those dreams for the twenty-something-year-old person you were, and set new goals for the person you are today. Stop fixating on what you think you don’t have and focus on the things you do. Don’t discount the education you’ve acquired in the meantime. Everything in your past can be used in a positive way for your future.

While I worked as a costumed character, I couldn’t see most of the changes taking place in my life — professionally and personally. Once I decided to make the best of my situation, my innate abilities, personality, and work ethic emerged. Others took notice and helped me attain my dream job as an art director. I’m not going to lie to you, the process wasn’t quick, but it was steady. And the skills I picked up back then have proved to be skills that continue to serve me well today and set me apart from the masses.

Okay, okay . . . I’ve blathered on long enough. I said all of that to say these three things:

Put on your crown. 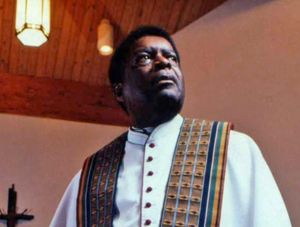 
The Actual Lives of Black Victims 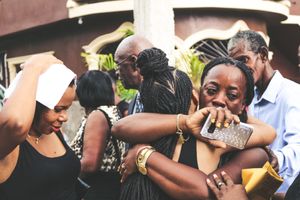 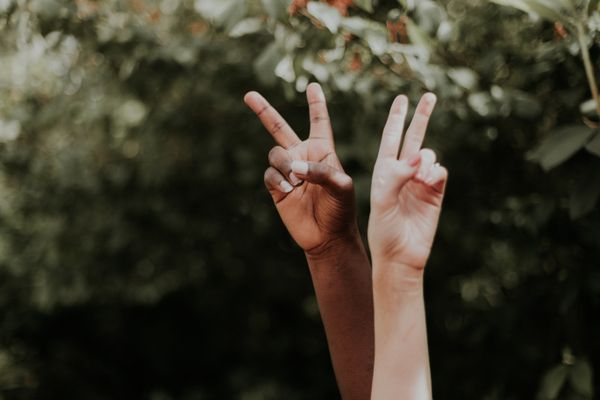