Hate Is a Four-Letter Word

OHF WEEKLY, VOL 4 NO 49: “Hate Is a Four-Letter Word” by Sherry Kappel, OHF Weekly Managing Editor; a seasonal writing prompt; and a quote by Nelson Mandela.

“ . . . I have been gravely disappointed with the white moderate. I have almost reached the regrettable conclusion that the Negro’s great stumbling block in his stride toward freedom is not the White Citizen’s Counciler or the Ku Klux Klanner, but the white moderate, who is more devoted to “order” than to justice; who prefers a negative peace which is the absence of tension to a positive peace which is the presence of justice . . . ”

While I and many of us fighting racism in America would generally agree with him, the rise in extreme hate, organized hate groups, and violent hate crimes across the country this past decade has left many of us reeling and searching for answers.

Hating a group based on demographics — aka bigotry — is a deep and painful part of our history. Although racism / white supremacy is the most entrenched form of hate here (in fact Americans invented “race” to justify enslavement), it is but one of many types, including homophobia, xenophobia, antisemitism, and misogyny to name a few. Younger readers might be surprised to learn Italians, Irish people, and Catholics were once hated in America, and then essentially co-opted to ensure white dominance.And of course, bigotry is hardly limited to the U.S.; it’s at the heart of all genocides, as well as most or all wars and human rights violations.

The effects of hate on its victims are undeniable and extensive — particularly on Black folks. “White moderates,” as Dr. King calls them, are typically more passive and commit primarily microaggressions — often without understanding their own biases (“Why is everything about race?!”). Yet they infiltrate our education, housing, justice, transportation, economic, and other systems. These biases make it more difficult to escape poverty and the ills that accompany it, from higher rates of mental and physical illness to domestic violence and other crimes. Even for those who manage to achieve middle class or higher status, the day-to-day barrage of incidents such as being followed across a store, stopped arbitrarily by the police, and having your presence questioned in the neighborhood, take their toll. Envision, white readers, how no level of success exempts you from having to explain to innocent children how they will always be a target.

Heinous as all of that is, hate groups and hate crimes are more flagrant and calculated to intimidate. From mobs with torches, guns, and graffiti to actual attacks, lynchings, and arson, their tactics are meant to scare and silence Black folks and “keep them in their place.” The constant stress of potentially being victimized by these random acts of violence can only be excruciating and beyond the imagination of most white people.

There can be no question among sane, caring people that we need to reverse and aim to eliminate this wave of hate. But how do you influence someone with whom you seemingly agree about . . . nothing? Someone who quite literally hates you (because “liberals” are the enemy, as well)! Yet finding common ground, as impossible as that might sound, is the only way to reverse the tsunami. It starts by understanding the root causes of hate.

Some believe fear lies at hate’s core. Others would also point to power and privilege as motivators but those factors are more about opportunism than hate, and greed is a whole different animal. Fear and hate were very useful many moons ago when we all lived in caves hunting for scarce food and shelter. Back then, humankind was very tribal and it was kill or be killed — with your life or death often dependent on how quickly you could visually identify someone as enemy or kin.

As we evolved over the centuries, we adopted at least a veneer of civility and organized into societies that have created religions and impartial legal structures for meting out justice (some clearly more impartial than others). These days, we are expected to settle our worst grievances in court, rather than killing someone outright. And, with a thousand different ways to define our “tribe” — by marriage, friendship, profession, education, geography, shared values, and interests — it is illogical to carry on with sorting ourselves by the way we look and other basic traits assigned at conception.

Despite all our advancements, fear, hate, and tribalism live on in our DNA and continue to be dominated by these arbitrary buckets of gender, skin color, who we worship, and who we love. We look for differences first and foremost, with similarities a distant second. We know very small children observe these differences, and while some embrace them, others are uncertain. These reactions narrow or expand as we age, taking our cues from our tribes. When someone of prominence, such as an elected official or a member of the media advocates hate, it adds a sheen of legitimacy, creating or expanding a wave. (Sadly, that person is typically one of those motivated by power, merely manipulating the masses.)

We don’t have a ton of control over gene pools — i.e., “nature” — and evolution is a sloooow process, but fortunately, experience — or “nurture” — also plays a critical role. We know we influence our children both verbally and nonverbally, as do others in their tribe. This may honestly be the biggest way in which we affect change, and with minimal investment: teach the children to be better (not just our own). Young minds are more open and understand fairness without the clutter of years of influence from society. Plant those seeds widely, don’t worry about staying in your own backyard.

That’s great for the “white moderate” and future generations but does little to stem the tide or urgency of current hate groups. How do we move views seemingly cast in stone? The short answer is, it’s tough, but it can and has been done. There are literally former Klansmen on the talk circuit doing the work and trying to be better.

Let’s back up just a bit and clarify: this is a job for white people! There are several reasons for this: 1. We created the problem in the first place — it’s our job to clean it up (don’t ever go down that road of “not all white people . . . ”). 2. Never, ever ask the victim to do the work! And 3. We’re both the majority and “their tribe” (on one level at least); no one else can do it.

Also? Those who use fear and hate to maintain and build their power almost certainly cannot be influenced; don’t waste your time. They understand that they’re hurting large groups of people and they simply don’t care. They’ve made their deal with the devil.

The people being manipulated, though . . . many of them can be brought back.

Looking at the profiles of those who join hate groups is instructive. One might logically assume a person joins such a group because they already have strong opinions and levels of hate. Research shows, however, these individuals are often fearful, insecure, and in search of stronger tribal relationships. The tribes they interact with are typically insular, as America remains quite segregated so they lack much exposure to diversity. Joining a hate group gives them the acceptance they seek, while at the same time escalating their bigotry.

Quite often, they are the have-nots who buy into white supremacy because they look around their tiny piece of the world and it seems like everyone else has more than them. They may have worked hard all their lives and have little to show for it. Immigrants, according to their tribe and their carefully curated media sources, simply cross borders and are handed new lives. Gay people, their conservative churches tell them, sin against the Bible but their privileges are somehow increasing. And Black people are mostly criminals and murderers — they’ve seen them portrayed as such on TV — but they get welfare and affirmative action?!

The vast majority of white supremacists have not been taught to think critically, their logic is flawed, their scope limited, reality skewed. They’ve bought into the “truths” of their tribe, and they crave the respect that comes from finally being seen and part of the ruling tribe. They can only build themselves up by tearing others down, which they can justify because other tribes are “less than”.

Pulling these people back from their extremes is not easy work, especially for those who strenuously disagree with them. They need to be appreciated for the things they do well within society, while at the same time their bigotry cannot be tolerated. They need to be educated about how they’ve been manipulated without suggesting they’re stupid. They need exposure to those they see as “others” and they may need an intervention, if there is someone outside their immediate tribe who is caring and capable. Ultimately, they need to see themselves as part of a larger tribe of humanity and feel accepted and valued — basic human needs, really.

Bigotry is a complex subject, with complex issues and complex solutions. On some level, I suspect most people understand these problems are keeping us — white people, Black people, Americans, all people — from achieving our potential. Some are incapable of being part of the cure. Some don’t care. Those who can do better, must. There is too much on the line.

Every New Year’s Eve millions of people usher out the old year at midnight by singing the first verse and chorus of Scottish poet Robert Burns’ 1788 poem set to a Scots folk tune, “Auld Lang Syne.” The phrase translates roughly to for the sake of old times.

It’s often said that we risk losing the future if we linger in the past. True. But without taking an objective, critical, or even humorous look at the past, we commit ourselves to repeating the same mistakes in the future.

For this prompt, we’d like you to look back over 2022 and tell us about your year by writing about one, two, or all three of the following:

Yes, Our Human Family focuses primarily on racial equity, allyship, and inclusion. Feel free to let our niche inspire you. But we’re inviting you to stretch the boundaries, if you feel the need, and tell us about your lived experience in today’s world. If you’re so inclined, tell your incident in just a few sentences OR expound to your heart’s content. The choice is yours.

If you’ve been a writer for Our Human Family, you know the drill. Just write your article, submit it as a draft, and be sure to include the tag Happy New Year. First-time OHF writers, everything you need to know can be found in our Submission Guidelines (we’ll waive the packet requirement for this prompt).

NOTE: As a nonprofit, OHF can neither endorse nor oppose political candidates — yeah, we know there are so many who warrant discussion. But you may address specific policies.

The Editors of Our Human Family 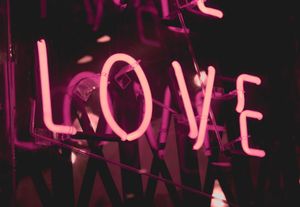 
When Confronting Racism, All You Need Is Love. Well, Sort Of. 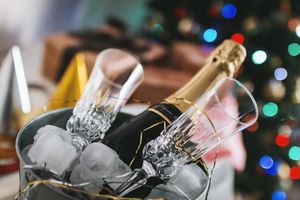 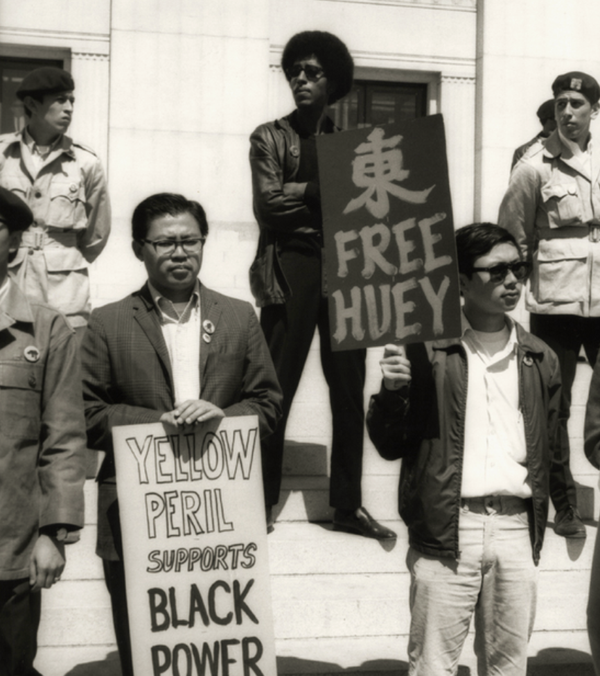 What the Media Misses in AAPI and Black Relations