In This Issue: “When Privilege Kills, Why Can't We Acknowledge Systemic Racism?” and OHF merchandise

Letter from the Editors:
The New Not-Normal

We’re living through some chaos right now on the world’s stage. We’re seemingly inundated with crises, whether it is in Afghanistan or Lebanon or Haiti or Uganda/East Africa. Some are the result of the disruptions of the natural world—Haiti is shaken by a major earthquake causing great misery and destruction. A global pandemic is causing misery and death. But more often these miseries come about because of the faulty and broken actions of humans. The crises get our attention because they seem to be out of the ordinary. The not-normal.

“When will we get back to normal?” is the question many ask, forgetting this: there never was a “normal” to go back to. We’ve always lived in a world that was out of sorts. We just tend to forget that those old problems often either were resolved due to hard work from many people, or they resolved themselves after a crisis point.

Take a look at the archives of newspapers from the ‘50s and ‘60s during the times of the Civil Rights Movement. There was great ferment and agitation, not just about civil rights, but also international crises, local political disputes, fights about budgets and principles at the national and local level, news of disruptions and wars and conflicts . . .

Some of these crises are our same struggles today. Civil rights are still aspirational, but the fight has moved to become broader and deeper as we realize the centrality of the rights of our fellow human beings, including not just racial equality but also equality for gender expression and orientation, for the free practice of a belief or religion, for the inclusion of the many who are still being pushed away from the centers of power and wealth.

The struggles have always been with us. We’ve always had to fight to make peace within conflict, to heal within sickness, to bring justice within injustice. The work is hard and the work is constant—but the work does bring about change, albeit at a painful pace.

Not everyone can do the work at every moment. Sometimes we need to take time to breathe and re-center ourselves. Sometimes we need to take a minute to remember that there are so many people doing good, that it is not just us or our small circle. We have many who are working in silence, invisible, bringing about healing and restoration, advancing justice, making changes at the local level, unnoticed as crisis after crisis explodes in the headlines.

A stream is composed of many small drops of water, but it can erode the hardest rock over time. Let’s remember that the work that we are doing is a composition of those many drops, and that working together we will eventually wear down the most adamant opposition.

This “not-normal” is how it’s always been. We can’t let the momentary crisis distract us from the larger goals of equality, diversity, inclusion, and equity. Let us continue to carry on.

We’re calling this the “Letter from the Editors,” as the two of us (Sherry Kappel and Stephen Matlock) will be managing the newsletter for a while. Clay Rivers, who seems to be doing a thousand things, is focusing right now on a few special projects that are taking his time away from the publication, so we two are going to own the work for OHF Weekly the next couple of months. There’s no change in editorial direction or the interests of OHF Weekly. You’ll still be reading great articles from talented people who are directly involved in the work of justice and equality. You’ll still see legacy work from our writers from previous years. As always, we seek your input and comments on the work and hope that what you see interests you. We’re always open to your ideas.

by Sherry Kappel
White privilege isn’t something that's easily grasped or understood by those who hold it—that is, privilege is invisible to its holders. But the reality of this world is that although this privilege is unseen, it has far-reaching effects in the lives of everyone, whether within the BIPOC community or in white people themselves.

by William Spivey
Many of us in America are beginning to see that systemic racism exists, but there are still large numbers of people who deny that it exists or claim that the real racists are those protesting racism. They are the people who must be reached.

The Ultimate Guide to Authentic Allyship

Fieldnotes on Allyship contains seventeen chapters written by authors and writers from the United States and around the world. They include anti-racism activists, authors, artists, a Masters Athlete, college professors, a retired U.S. Navy sailor, political pundits, an attorney, and anthropologists. They’re mothers, fathers, daughters, sons, sisters, and brothers—all of various ethnicities. Some names you may already know, others you may not; but by the time you read to the end of this book, their collective stories—written with integrity, empathy, and an occasional sprinkling of humor—will live in your heart and mind.
https://www.ourhumanfamily.org/ohfmag2.html


The Blurry Line Between Innocence and Privilege 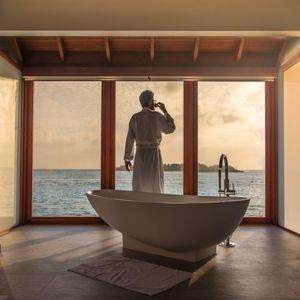