In This Issue: “Empty Cans Making the Most Noise, The Powerful Divide So They Can Conquer, Confronting Our Racist Past,” and the latest Our Human Family merch

Letter from the Editor:
Empty Cans Making the Most Noise

I got nothing this week, kids. I confess: I am tapped out. Between juggling three other major projects for Our Human Family (that I hope to announce in the next couple of weeks) and prepping articles and OHF Weekly itself, my creative tank isn’t on E. It’s on fumes.

But I have a couple of observations to share.

I’m probably going to sound like somebody’s parents—I’m looking at you Arturo, ha!—but with all the clamoring and nasty talk filling my TV screen and Twitter feed, one adage comes to mind: Empty cans make the most noise.

And with all the accompanying hate, they just as well should be considered on fire.

Take the testimony of the four Capitol police officers this week. There’s no refuting the trauma and abuse Capitol Police were subjected to during the January 6 attack on the Capitol grounds. That anyone would have anything less than compassion, empathy, and a debt of gratitude for the 150 officers who faced down 9,400 rioters is mind-numbing and offensive. And that anyone would have the stones to mock or ridicule them makes my blood curdle.

Then there’s the reaction to Simone Biles removing herself from team and individual competition at the Tokyo Olympics. She alone knows her mental state and what she is capable of. She is no one’s employee. She competes on her own terms. Full stop. That there are people who assume that they have better insight and feel that Biles owes them something is laughable. Those of us outside the world of Olympic competition, gymnastics, and professional sports have no concept of the pressures these athletes face. Where’s the compassion, folks? And Michael Che making rape jokes about her? If that’s his idea of humor, Lorne Michaels we need to have a talk. And soon.

And who can ignore the whole mask and vaccine debacle. Judging from the uproar, you’d think the call was for a mantory sacrifical arm or leg. For eighteen months, we’ve been dealing with this thing, from lockdowns to premature mask mandates to spiking death rates to lowered death rates and on and on. And because a particular segment of the population refuses to believe science or follow common sense, people are dying. In record numbers. Again. And the virus is mutating.

I don’t trust the science.

I just don’t believe the doctors. I don’t feel they know what they’re talking about. Things keep changing.

You may have told me this before, but forgive me. At the moment, I can’t recall. Where exactly did you study medicine? Which discipline of infectious diseases is your degree in? Oh, you don’t have one. Then shut up with that noise! Since all you know about infectious diseases could filll a thimble, maybe you should take a field trip to a local hospital to see if there are any Covid patients. If there aren’t, you can rest vindicated in the knowledge that you were right all along about it being a hoax. Or maybe even take a public victory lap. If not, I’m sure the Covid patients would enjoy a visit.

I don’t get it, people. At what point did common sense get jettisoned for the subjective opinion of the ignorant and uninformed? How can people deny spiking numbers of Covid-19 deaths? Look, I don’t like wearing a mask either, but you know what? I do it to protect myself and protect the dumb asses who deny any of this real. And adults cheering like they won the lottery in a St. Louis city council meeting in which mask mandates were voted down? Let me tell you, those folks were cheering the deaths of their loved ones, if not their own.

And I refuse to open that Pandora’s box of voter suppression. I simply will not.

I’m no psychologist, nor do I claim to be, but it seems to me like all the naysayers are simply disgruntled with their own failed lives. Because this country has denied them nothing, they feel entitled to that which they do not control. They feel so imposed upon, so put out, that they are willing to take a stand against any and everything that they are not the sole arbiter of. Am I wrong, or is that a childish mentality? I don’t want to wear a mask. Why? Because I don’t want to. You know it’s the best thing you can do to save your life and the lives of—I don’t want to. I have my freedom of choice . . . You do you. Hey, maybe you anti-vax folks can start a colony somewhere. Off the coast.

Sorry, folks. I guess I had something to say after all.

You see, few things upset me—not because I’m calloused or insensitive. I generally keep an even keel in almost all situations. (And they thought my membership in Club ACOA wouldn’t serve me well—ha!) But when it comes to the willful marginalization of people doing the right thing, I become enraged. No one should be belittled, harassed, or marginalized for doing the right thing. I thank God I have these other projects to occupy my time. And if all goes according to plan, they just might better the world in a noticeable way. Without them, I’d be a forty-eight-inch tall walking-talking ball of fury.

The Powerful Divide So They Can Conquer

Although the elites are always the minority, they manage to maintain their privilege through tried-and-true manipulations by giving some small benefits to one group while turning that group against others. Lawyer, professor, and OHF Weekly contributor Michael Greiner connects the dots of this established strategy of divide and conquer.

Confronting Our Racist Past with Truth and Reconciliation

“Divide and conquer” isn’t a uniquely American strategy. In this week’s legacy article, Michael Greiner shows how truth, reconciliation, and reparations were effective in remedying the lingering effects of systemic oppression in Rwanda, South Africa, and Germany—and how similar strategies could work in America.

Remember, we provide our Legacy Articles free to the public. We only ask that you signup for our free preview to receive them and OHF Weekly via email.

These and other styles available at our OHF Shop.

Top photo by k on Unsplash 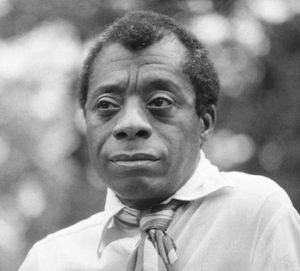 
The Powerful Divide So They Can Conquer 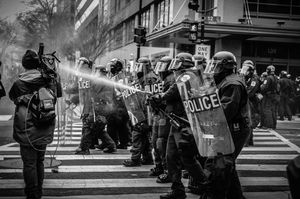