In This Issue: The essence of allyship, the nuts and bolts of voting rights in America, and the motivation behind all politicians. Clue: It’s not money

Letter from the Editor:
The Fifteenth

💛   Talk about a convergence of events this weekend. First, we’ve got the national holiday to commemorate the men and women of the nation’s military service who lost their lives in the line of duty.

It’s also the first major holiday since the Centers for Disease Control relaxed Covid-19 mask mandates. And you know what that means: People will be coming out in droves to celebrate the unofficial official beginning of summer—with and without masks.

On a more somber note, this Memorial Day also marks the first anniversary of George Floyd’s murder. Over the past year, we’ve seen an unprecedented white-hot protest and activism by individuals and companies worldwide. Some good. Some not so good. And most of the outrage, along with the allyship, has cooled. It’s like everyone’s checked racism off their list moved on.

But given current voter suppression efforts and the arrival of OHF Weekly writer William Spivey’s spectacular article, this issue’s theme was obvious: The Fifteenth Amendment, voting rights, and the importance of voting . . . with a side of this is what serving as an ally is all about.

I love it when a plan comes together!

A Year to the Day

by Clay Rivers
One year ago, the world watched in horror as a police officer murdered George Floyd. The global reaction was immediate and sustained. Fieldnotes on Allyship: Achieving Equality Together was Our Human Family’s effort to honor Mr. Floyd’s life and the lives taken from us by helping people prepare to effectively serve as an ally.

The Right to Vote in America

by William Spivey
Almost one hundred years after this country’s founding, the Fifteenth Amendment secured the right to vote for Black men. Ever since, it’s been a Herculean feat to maintain that right. This article takes a look at the forces that have worked against and for Black men throughout America’s past.

Memorial Day is one of those holidays that always seems sneaks up on me. It never quite dawns on me that it’s time to kick back until the last minute. Maybe living in a state with 237 average days of sunshine a year and having unlimited access to Florida’s beaches has something to do with it. Somehow I always manage to spend quality time kicking back with family and friends.

There are two things I’d like you to do this holiday weekend. One is to keep an eye out for racism, not the raging white supremacist displays. Those are easy to spot, but not all racism hides under a hood. I want you to look out for the seemingly benign acts launched at Black, Indigenous, and People of Color meant to assault our personhood. And keep an ear out for those not-so-subtle comments by family, friends, and strangers that are meant demean our humanity. Tuck those incidents in your hip pocket and we’ll chat about them soon next weekend.

Shameless plug: This Tuesday, antiracism activist and educator and journalist Sharon Hurley Hall interviews me for her Antiracism Newsletter. Sharon’s an amazing woman with an extensive background. Check it out. I guarantee you’ll learn something new about me and how I wound up on the antiracism path.

Have a fun Memorial Day weekend and upcoming week! 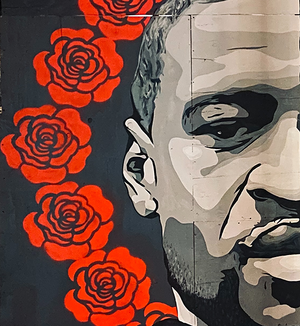 
The Ongoing Work of Antiracism


The Right to Vote in America 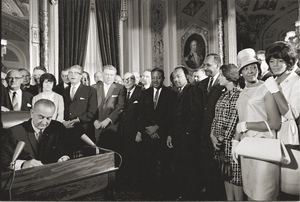