In This Issue: Life after the Chauvin Verdict, Masculinity Without Violence, Help for White People Discussing Racism, a Call to Antiracist Advocacy, and When Words Fail Us

Letter from the Editor:
We Have a Verdict, Now What?

💛  On April 20, 2020, a jury of twelve men and women convicted Derek Chauvin of second-degree unintentional murder, third-degree murder, and second-degree manslaughter in the death of George Floyd. In doing so, they upheld Mr. Floyd’s inherent humanity and that of Black men, women, and children throughout America.

When the verdict was read, I was awash in emotions—relief, joy, sadness, and resignation, to name a few. I’m sure a number of you are thinking, “Why were you all worked up? You didn’t even know George Floyd.” Knowing or being someone is not a prerequisite for identifying with their plight. People do it every day. Ever been to a movie? I’m sure you can think of a film that connected with you or whose protagonist you cheered for. Millions of people the world over relate to characters from The Avengers, Black Panther, Frozen, Harry Potter, and Star Wars franchises. That particular superpower, hardwired into the vast majority of human beings at varying degrees of functionality, is known as empathy. Building on the movie model, let’s add to the mix a neverending torrent of real-life police-involved shootings of real-life unarmed Black men, women, and children. It should easy to realize how much more the demise of Mr. Floyd can resonate with anyone, but especially a Black person.

Tuesday’s verdict is a bittersweet testament to the power of allyship—defined as leveraging one’s resources (self, gifts, talents, abilities, and/or advantages) to benefit a marginalized person. It’s bringing the best version of yourself to the fore and being fully present in your advocacy when the moment calls. Essentially, allyship is taking a stand against racial injustice and speaking the truth to power via the means that are uniquely you.

The random group of bystanders who witnessed the final minutes of Mr. Floyd’s life is a prime example of this type of allyship. On May 25, 2020, when they stumbled upon George Floyd, all they knew at that moment was that they couldn’t walk away and leave a man, a fellow human being, in distress. They sought to intervene on his behalf within the bounds of the law by pleading with the officers on Mr. Floyd’s behalf. They had no idea that their decision to get invole or their subsequent personal trauma would lead to a conviction.

In my opinion, the person who best exemplified this kind of advocacy is Darnella Frazier, the then seventeen-year-old who captured Mr. Floyd’s death on her cell phone. Her footage became central to the prosecution’s case. Even with a nine-year-old relative in her care, she saw something she knew was wrong and used the resources available to her at that moment: her cell phone and fortitude. Her footage of Derek Chauvin’s murder of Mr. Floyd, seen worldwide, sparked international outrage and global demonstrations. Had it not been for her, the entire incident would have been swept under the rug.

That rag-tag group of bystanders, a “bouquet of humanity” to quote prosecuting attorney Jerry Blackwell, took their commitment even further and testified in Chauvin’s murder trial. From the sixty-one-year-old Charles McMillian to Darnella Frasier’s nine-year-old cousin, each bystander gave wholly of themselves in their testimonies. Their advocacy was both courageous and straightforward: They told what they saw and how they pleaded with the police officers to the end. It’s easy to stand up for someone you know, but to advocate on behalf of a total stranger? That’s the height of humanity. Being who we are. Authentically. In the moment. They all played a role in convincing the jury to hold Chauvin accountable.

Allyship costs. None of the people gathered at the corner of Chicago Avenue and 38th Street had any idea the nine minutes and twenty-nine seconds they invested would come with an exacting price. Many of them told us through their tearful testimonies of the unimaginable grief, fits of anxiety, depression, and guilt that they couldn’t have done more to save Mr. Floyd. In the end, showing up, being themselves, and advocating for the sanctity of life, his life, proved to be more beneficial than they could have ever imagined.

Advocacy, allyship, standing up to racism, call it what you will, is undeniably simple, but it’s not always easy. It’s as simple as saying “No” to racism. I’m sick of people giving all sorts of excuses why we can’t end racism or reform policing or at the very least get laws of the book to bring about codified protections for Black people. If you still don’t believe one person can make a difference, that one person can set in motion a ripple of events that can change history, then you haven’t been paying attention at all over the past year.

Chauvin’s conviction does not mark the end of America’s systemic racism and police brutality. As evidenced by the police shooting of sixteen-year-old Ma’khia Bryant in Columbus, Ohio, minutes before the Chauvin verdict was read. Tuesday’s conviction marks a historic moment. But the work continues.

You don’t need to know how the story will end to be a participant on the side of what is good and right. Think of all the protestors worldwide who decided individually that they could neither sit idly by nor remain silent. They had no clue how this would all shake out, but their actions said “No” in outrage to racism.

Friends, life doesn’t dole out guarantees as to how our actions will impact final outcomes. We don’t even have a promise we’ll see tomorrow. All any of us can do is be present in the here and now. And when the opportunity presents itself to stop racism in its tracks (and it will present itself), all we need to do is be prepared and open to take a stand against it. Individually we can affect change and when we work together.

You tell me. What are you going to do now that we have a verdict?

In light of the recent shootings in Atlanta of Asian American women, therapist and OHF Weekly writer Rebecca Hyman unpacks the problems caused by depictions in the dominant culture of white straight masculinity tinged with violence. Why is that violence so often seen as an aspect of heterosexual desire?

Some of the most explosive conversations about racism take place between family members. In her first article for OHF Weekly, Madison Pattin shares four basic principles to help white people navigate their way through difficult but necessary conversations.

Black men, women, and children are being slaughtered with impunity at an alarming rate. While the Black experience is first a human experience, still many white folks can’t seem to connect the dots. OHF Weekly Founder and Editorial Director Clay Rivers fills in the gaps in this thought-provoking article.

Language evolves with societies, and makes agreement on the shared meaning of words possible. But what if you woke up one morning and the meaning of words changed—without warning? OHF Weekly Senior Editor Stephen Matlock digs deep in this phenomenon that’s already taken place and its ramifications.

If you think all this talk about racism, equality, and inclusion is some new and shocking trend, that’s not the case at all. It’s been baked into America’s politics since before America was America. In this week’s legacy article, Michael Greiner addresses a few unsavory milestones in our country’s storied political past.

Fieldnotes on Allyship: Our New Book to Help Allies and Anti-Racism Advocates

In the aftermath of the murder of George Floyd, the historic conviction of his killer, and the routine killing of Black Americans, unprecedented numbers of people have participated in peaceful marches and demonstrations across the United States. There are many more who realize the work has just begun want get involved in making America more racially equitable. And they’re unsure what to do. Fieldnotes on Allyship is an informal and informative guide to becoming an effective ally right where you are. Written by eighteen authors from the U.S. and around the world, this collection of essays covers four areas:

Available in print at Lulu.com, and for download for iPad, Nook, and Kindle at ourhumanfamily.org.

To our white readers, this past year has been especially challenging for Black, Indigenous, and People of Color. The weeks of the Chauvin trial have been especially harrowing for Black people in particular. You want to get involved, here’s a first step: If you haven't already—reach out to your Black friends. It is an opportunity to check on their well-being and deepen your relationship.

Trust me, a genuine  attempt at “being there” will speak volumes more than ignoring the elephant in the room . . . unless you really botch it. Then you're on your own. 😉 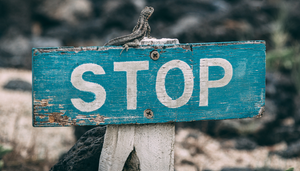 
I Want a Masculinity Without Violence 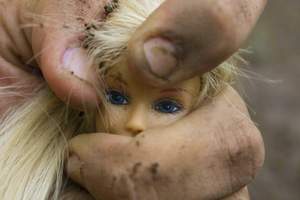