I Want a Masculinity Without Violence

Why is white straight masculinity often depicted in the dominant culture as tinged with violence?

I’m standing in front of my class, flat January light coming in through the tall windows. The desks are arranged in a long rectangle and the students face one another. The tables along the walls are metallic gray; the desks shine from plastic coating. All the surfaces, including the floor, are hard, bleach-washed, built for utility and repeated use.

The students at this state university are busy. Though many are of traditional college age, a significant number are older and have children, car payments, full-time jobs. The class I’m teaching, Family Studies, fulfills a second-year requirement. Some members of the class are just trying to get through it. But several tell me they’re here to break the cycle of intergenerational trauma.

Others confide they hope to fall in love. What do they need to know to be a good partner? And then there are the ones who stay after class the day I talk about domestic violence, twisting their hair, looking at the floor as they wait for the others to file out.

The students’ yearning to grow and change is at war with their fears of what they might discover about themselves. The push-pull of desire and disquiet often results in a kind of wariness, or feigned disinterest, in the class dynamic.

I take a deep breath, pretend I don’t know what’s coming. “This question is for those who identify as women,” I begin.

“Raise your hand if you put your keys in your fist when you’re getting ready to walk in the dark, with the ends poking out between your fingers?” Every woman’s hand goes up. I’ve asked this question in dozens of classes, over too many years. It always generates this response. I pause, look around. We look at each other in silence. It’s early in the term; we aren’t friends, and this conversation is taboo.

“How does it feel,” I ask, “to know you were raised to think of yourself as prey?”

“Can you remember who told you to do this?” I ask. Most of them can’t remember. The behavior has been automatic for so long they engage in it without question.

We all do it, we discover, even though if you think about it, how is holding a bunch of keys in your grip going to stop you from being raped, assaulted, or killed? What are you going to do, poke his eyes out? How are you going to do that, given the fact he’ll likely have you pinned, or be holding a knife to your throat, or pointing a gun at your head? Do those keys make you feel powerful, or does the legacy of the advice itself serve as a kind of talisman—do this, and you’ll be protected.

“How does it feel,” I ask, “to know you were raised to think of yourself as prey? And what does it mean that every single woman in this room, regardless of our differences, was taught the same thing?”

The male-identified folks are shifting in their seats or gazing blankly out of the windows. But I’ve already caught the shock of surprise on their faces when they saw those hands go up. I’ve let them in on a secret, and they’re listening to a conversation that usually happens out of range.

They’ve been preparing to be told they are monsters. Instead, I ask them to consider the cost of patriarchy to men, even as they are granted certain privileges based on their gender. “What’s it like to know every woman in this room was raised to see you as a threat,” I ask. “To learn your physical strength, and your masculinity, implies your willingness to overpower, to commit sexual violence?”

I turn to the class as a whole. “We don’t consent to the ways patriarchy constructs our gender. We grow up, struggling to discover what it is to be a person. Only when we are older, usually adolescents, can we see the ways patriarchy limits our range of behaviors, our emotional expression, our sense of ourselves and of other genders.”

I remember the moment I became a feminist. I was reading an essay by the poet and writer Adrienne Rich. She describes a scene. Two students are sitting across from each other at a library table. They’re studying for the same exam. The sun is setting. One student is reading intently, turning the pages, taking notes.

The other student is starting to lose her ability to concentrate. She keeps looking out the window at the approaching darkness. She hadn’t planned to be there so long. Her car is far away. She didn’t park under a streetlight. She’s getting a lot accomplished, but she shouldn’t stay. She should call her roommate, tell her she is getting ready to leave. If she leaves now, she might make it through the dusk, get there on time. She’s gathering her belongings, searching for her keys. The boy is still reading. He’s going to ace the test.

Why is white straight masculinity so often depicted in the dominant culture, and in organized religion, as tinged with violence? Why is that violence so often seen as an aspect of heterosexual desire?

As a young woman, I was taught it was my responsibility to scrutinize my appearance and tailor it to please men. But what it meant to be pleasing was complicated. If I were too alluring, and then refused to be wooed, I could be subject to rape, the recompense for scorning a man’s attention.

If I looked too masculine I could be seen as withholding my sexuality, and thus also subject to rape, for the offense of giving myself to other women. If I showed too much cleavage, wore too much makeup, I could be seen as glorying in my own power, my own desirability. My body a taunt, a thrumming exasperation.

When I was a teenager, different peers told me if a boy became aroused during foreplay I could be guilty of “blue balling” him if I didn’t allow him to have sex with me. Because I could not experience it myself, and because I was a virgin and too shy to ask any other boys if this was true, I believed the pain must be severe. I added this instruction to the list of sexual activities I needed to anticipate and control.

From all these stories—and later, the ways these stories were recirculated in the books I read, the movies I watched, the cautionary After School Specials I consumed—I learned men had a right to my body, but it was ultimately my responsibility to control their desire. By learning to police my body, my sexuality, and my gender, I engaged an additional and more lasting false logic: because it was my responsibility, it must also be in my power to elicit and thereby control straight white male desire. And if I could control the desire, perhaps I could also control the threat of violence. (I focus on white men because the history of white female sexuality and Black masculinity is so different from the cultural representation of white masculinity.)

As these proffered truths accumulated, I absorbed the idea that men experience sexual desire as a biologically driven force that is at once a part of them and at the same time something over which they have at best only partial control.  I learned that if desire was not allowed to flow freely it would morph into rape.  The energy of male sexuality must be allowed to discharge itself, like an electrical circuit, or a damned current of water, to keep everyone safe.

I think it is the blurring of engaged desire and forceable rape in this common cultural description of white male sexuality that causes so many men to think that rape is a form of sex, when it is a form of violence, with the penis (or other objects) as the weapon of attack.

In his memoir Confessions, St. Augustine rues his inability to convert to Catholicism. He is tempted by women and cannot imagine being chaste. He is also tempted by the ripe pears in his neighbor’s garden—their succulent flesh, their flavor, their juice. Augustine sleeps with prostitutes. He climbs over his neighbor’s wall and steals his pears. He repents, but he cannot stop himself. He cannot fulfill his mother’s only wish, that he become pure and devout.

Why is violence a refuge from the chaos of sexual desire?

I do not know what it feels like to grow up being taught that if the right woman tempts you, you could act in ways that are beyond your control. Is this story, going back to the roots of the Catholic church, the edifice upon which the Atlanta shooter stands? Is this conflict between the wish to remain pure and at the same time the longing for the release of orgasm, for the feeling of flesh and touch, what the Atlanta shooter labels sexual addiction?

Why is violence a refuge from the chaos of sexual desire? Why is violence the assertion of the masculine, and seduction the province of the feminine?

The patriarchal construction of masculinity, refracted through the dominant culture, rests upon the idea that there are two genders, and that these genders—masculine and feminine—are the expression of the biological difference between male and female sex. If behavior said to be rooted in sex is also viewed as natural and unchanging, then violence against women will be seen as a given—a fact we must all accept and endure. It could be this acceptance, in fact, that prompted a local sheriff, when he learned the shooter had murdered six women and eight people total, to reflect he must have been “having a bad day.”

Patriarchy contends that masculinity is univocal, seamless, and universal. But if this were the case, there would be no angst among individual men, and men in locker rooms, about whether they were truly capable of living up to the masculine ideal. There would be no current conflict between and among authoritarian father figures, girly men, chest-thumping warriors, silent patriots, boyz and bois and boys.

And there would be no violent assaults against trans people, and queer people, for demonstrating that gender exists as an array, rather than a fixed point of being. If we are to free ourselves from the prison of violence, a step forward is to break the cage of gender. 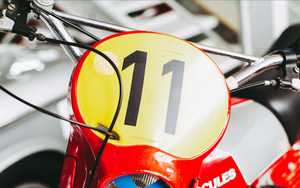 
When Words Fail Us 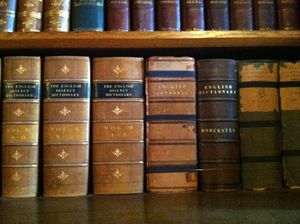 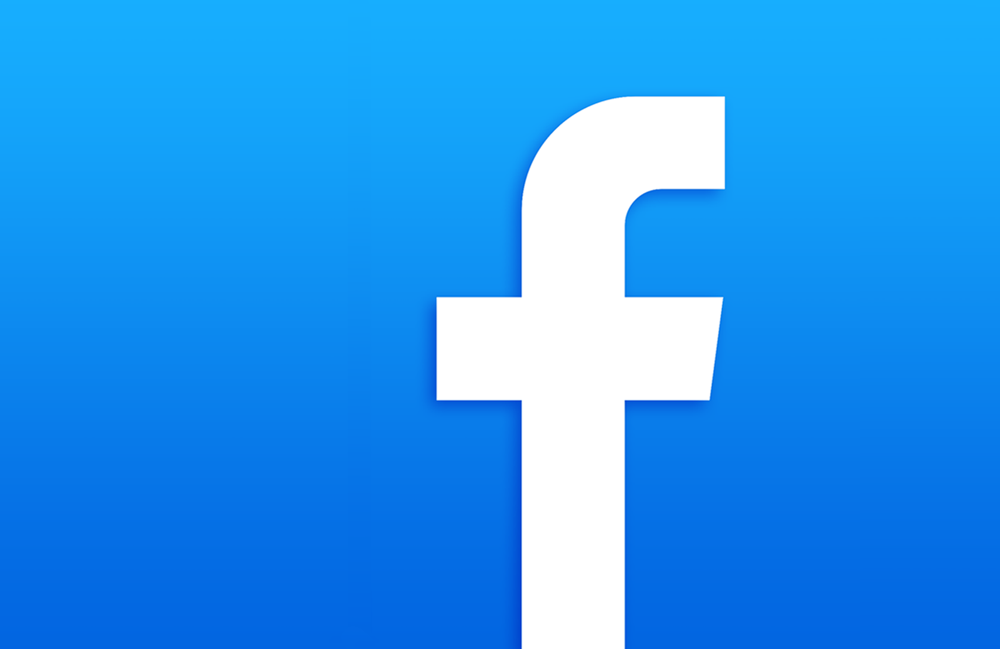 Sheryl Sandberg and the Promise of Misogyny and Inequality