I’ve limited my time on social media and exposure to news because the deluge of hate crimes, politicians behaving badly, and more and more Americans behaving as if the whole of America exists solely as their personal toilet.

Last week, I lost an uncle to cancer-related complications on Thursday, one of my cousins died in her sleep before dawn on the next day, and Saturday a gunman drove four hours to Buffalo, New York, to kill Black people in a grocery store. Upon first hearing Buffalo police were able to bring the suspect in alive, I knew the suspect was white—my instincts didn’t lie.

Later, it was revealed the ten dead were all Black. And the grocery store was located in a predominantly Black neighborhood.

No racism here, move along, some would say. I’d tell them to take a hike.

Losing family members in and of itself is traumatic. Couple that with the knowledge that there are people out there murdering people who look like me, my family, and my friends solely because of the color of our skin. Add to that one New York State corrections officer publicly mocked the victims of the shooting on Facebook. Of course, there were others who did the same, but we’ll see how that shakes out. The whole situation is some next level, Jordan Peele-Stephen King-Alfred Hitchcock racist horror mash-up. (That’s not to infer that any of the aforementioned artists had/have racist tendencies; but there’s no disputing their suspense game is on point.)

Like clockwork, a spate of comments popped up on social media by well-meaning people. Their general tenor rings patently untrue in my ears. You have encountered similar comments.

This is exactly who some of you and your loved ones are. According to statista.com, of the 127 mass shootings between 1982 and May 2022, sixty-eight of the killers were white. That’s a whopping fifty-four percent, with the next closest demographic lagging behind at twenty-one percent.

A lot needs to be said specifically about the regular occurrence of white men murdering Black men, women, and children; and how those crimes are cloaked in mental illness to garner sympathy. These killers don’t exist as outliers or lone wolves. They’re bred, nurtured, and turned loose on the world in packs.

And this final statement of resignation, I find infuriating: “Things have been going this way for so long, I don’t think they’re going to change.”

Really? We should just turn the keys to the country over to the likes of Neo-Nazis, white supremacists? That’s a hard pass for me.

Fair weather allyship is not allyship at all. It’s self-serving showmanship that genuflects for applause. This is a major point of contention for many Black people. And the reason is simple: we can’t opt out of being Black or take a breather and slip into another skin color for a little self-care.

Some white folks say that want change, but what they really want is more the same. Why do any self-examination or substantive work when it’s so much easier to deflect attention by making painting the objects of racism as the perpetrators?

They say they want reform, but they aren’t willing to hold others accountable. True allyship is a lifetime commitment. It works like this: as long as racists and white supremacists are out there perpetrating microaggressions, hate crimes, and sustaining the ways of white supremacy—you’re on call.

Anti-racism, allyship, and racial equity are not for the faint of heart.

But neither is shouldering the burden of knowing that at any moment of any given day, you or a loved one could land in the actual crosshairs of someone’s firearm or be the reason for a faux fear-riddled call to the police. And the reason for receiving the business end of the stick? The color of your skin.

If people want to see change, they have to be the change they seek. I’ve said it before, allyship doesn’t require a big song and dance. In its simplest form, anti-racism, allyship, and racial equity involve holding people accountable right where you are. And what does that look like? It looks like this.

Just last weekend, an Uber driver went to pick up riders at Fossils Last Stand on Race Street (no joke), in Catasauqua, Pennsylvania. The owners of the bar got into the car, at which point the owners made blatant racist comments to and about the Lyft driver . . . Well, here’s the video. See for yourself.

Dumbass Karen thought she was safe talking to fellow racist when she hopped her ass in the car. Peep what her boyfriend says when they get out. pic.twitter.com/NSm78ctZb6

“The internet” got involved and essentially let the owners that they didn’t appreciate their racist thinking by bombing the restaurant’s Yelp page with thousands of derogatory comments and sinking their rating to one star.

Murders of innocent Black people continue for one reason: because they are allowed. Black, Indigenous, and People of Color have written about lethal white supremacist practices for centuries. We’ve sung about it, marched about it, demonstrated about it, prayed about it, performed plays about it, written hundreds and hundreds of books about it, petitioned Congress for protective legislation, and died because of it. And yet domestic terrorist and white supremacist acts continue.

I’m tired of seeing Black men, women, and children killed due to white supremacy. I’m tired of writing about how people who look like me, my family members, and my friends are gunned down with impunity.

If you want to see change, don’t resign yourself and this country to a future overrun with abject white supremacy. Get to work. Do something. Identify your own biases, work to understand what they are. Work to recognize the cognitive dissonance between the biases you’ve been taught and the reality of what you’ve experienced. And finally, let people know that racism will no longer be tolerated. 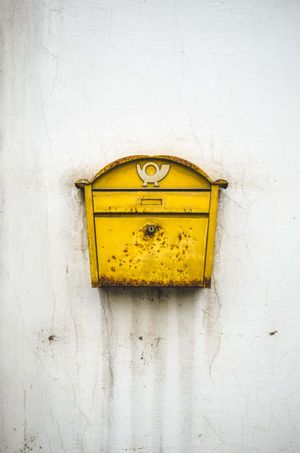 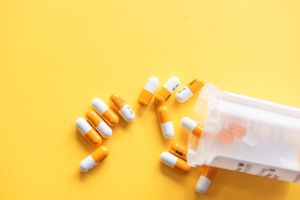