Refocus: Perspective in the Midst of Chaos

VOLUME 4 NUMBER 13: In the midst of global, national, and even personal chaos, there is still a place of peace

My mind has been swirling of late, and it’s hard to think about writing or even pin down a single topic. Like so many people, I’ve been too absorbed with the non-stop news from Ukraine, the searing images of bombed-out hospitals reduced to a shell, of new and expectant mothers hiking many kilometers to flee, of innocent babies caked with blood, gone from life long before they could articulate what was happening or why.

Did I actually see those pictures, or did I imagine them from the grotesque descriptions—a downside of empathy? But really, it’s incomprehensible to any person with a shred of humanity. And then, as bad as things are for Ukrainians, it’s harder still for People of Color attempting to leave Ukraine, as Sylvia Wohlfarth wrote about so brilliantly.

Yet the Ukrainians are a blessed distraction (to those of us in the Western world) from all of the people now starving in Afghanistan, their supply chain destroyed, their economy in collapse. I don’t understand global politics well enough to know what percentage of the blame is America’s, but we’re far from innocent. Even worse are the wars we hear nothing about at all. I saw a world map with current combat highlighted: Ukraine of course; Myanmar; Mexico and Colombia still battling internal drug wars; we hear about those. And then there’s Africa.

Most of Africa; Yemen, Ethiopia, Chad, Niger, Nigeria, Libya, Algeria . . . the list goes on. Some are simply called “terrorist insurgencies,” but each country has lost thousands—or tens of thousands—of innocent lives. I have to wonder. How many of the people in Africa know much about Ukraine? How many of them know that the world is holding its breath in horror as Russia presses on, while their own children lay dying and nobody seems to care at all? Do they know that their pain gets nearly zero press in industrialized nations? Do they know that on the rare occasion someone here does in fact mention them, it commonly ends with, “Why are they always killing each other?” and a privileged white head shake. Colonization? Years ago. And we white folks were only trying to help “civilize” them.

Self-delusion is a very useful talent, not available to all. And I haven’t even mentioned the race war in America and beyond. Funny how that didn’t make the map.

These days, it’s a struggle to watch the news at all. It doesn’t help that some site on my phone will flash the latest bombing updates as I sit in my warm cozy living room in a Google meeting, my coworkers calmly discussing some company project while the world’s on fire.

Why do we do this? Why do we carry on as if all is well and we’re in control? Partly because that is how we stay sane. (I know that without these bits of stability I, at least, would lose it.) Partly because some of us, too many of us (you know who I mean), simply don’t care or care enough. We’ve drawn clean lines in the sand: us and them, us and them. People who are people are like “this”; people who are somewhat less than people are like “that.” And those who are like “that,” according to those in the sheltered majority, well, it’s a shame but they need to do better somehow. Pick themselves up.

In a couple of cases of tribalism closer to home, the Crown Act passed through the U.S. House of Representatives this week along party lines. While this might seem like a silly bill to the average white person who knows little about Black hair—particularly the average white man—the news is frequently riddled with stories of Black people fired for dreadlocks or cornrows, Black kids kicked off their high school team (or shorn on the spot), denied entry to prom. Prom! Of what value is keeping a kid from their only senior prom, other than to reinforce someone else’s misconception that their race isn’t “good enough”?

The other big story this week is, of course, the Senate Judiciary Committee’s confirmation hearings for Judge Ketanji Brown Jackson, nominated to the Supreme Court. Judge Jackson is, by any reasonable standard, an experienced and amazing jurist, and more qualified for the position than most of the sitting court. Yet a cabal of senators and undoubtedly many others have distorted and misquoted her record, and in some cases essentially introduced lies about her into the public narrative. That these untruths are the same tired tropes that have been lobbed at Black women, and Black people more generally, for many decades now is no consolation.

But enough about the specifics; I doubt that anyone who reads Our Human Family is unaware of these situations. The bigger question I struggle with is, how do “we” (recognizing my privilege as a white person here) cope with the increasingly flagrant racism and bigotry, the rise of authoritarianism, the lack of concern for life outside our own tribes? It’s been remarked on many fronts how Americans and beyond are struggling with the inequities and the negativity, whether it’s in the polls, the increase in gun ownership, the rising crime rate, or elsewhere.

So again, how do we as individuals cope—or do we continue to spiral down the path toward depression and mental illness? If you are a Person of Color (or LGTBQ, or any other targeted segment), it’s certainly fair to say that you should do whatever you can to protect yourself, just as the onus is on me as a caring person to support and defend you as appropriate. But how do we avoid becoming a mirror of those we are defending against, a hollow human being filled only with hate? And how then, even in that cozy living room, do we keep ourselves from becoming constantly sad and angry? How do we aspire to be more than our circumstances?

Some people are better than others at sloughing off the negativity. As an empath, I absorb it. Those of you who have been targeted have a greater burden still. I want to be able to combat hate, but I do not want to be a hateful (or hate-filled) person. I want to be able to say, “I understand where you’re coming from but here is what you might reconsider.” (The art of persuasion of which Clay is the master.) It’s such a fine line, and I see people crossing over it all the time—myself included. It is, in a way, the approach of Martin Luther King, Jr. vs. that of Malcolm X; Martin was tough love while Malcolm was just plain angry much of the time. I admire Martin, I wish I could emulate Martin, but I am Malcolm.

I’d like to leave you with a solution, but I don’t have much. What I will say is this: we all need to think about what it is we can live with, that which we cannot, and how to take control of our lives so that we don’t go down the wrong rabbit hole. For me, my best hope is appreciating my loved ones and focusing hard from time to time on all the good that is also in the world but gets less attention. Simply reading the self-help posts of Joél Leon on Instagram. Sitting in the sun and exhaling. It’s not enough, but it helps.

Give So We Can Keep Growing

Please give. The subject of racism is broad and complicated. Its components require close examination and nuanced explanation. While our message is singular, we must tailor our conversations and presentations to bring awareness to these aspects. These items must also be updated to reflect the challenges of the times.

We cannot do the work of racial equity without the support of people like you. In the same way that it takes a village to raise a child, it will take all of us to end racism and create a more equitable world. Racism does just harm its victims; it harms its perpetrators and bystanders. Racism harms everyone. Our Human Family, a registered 501(c)(3) charitable organization, is working to bring an end to racism and establish a society rooted in racial equity.

Your tax-deductible donations will help us continue our anti-racism work.

Please support the critical work and word of Our Human Family at the forefront of the national conversation on better race relations and widespread equality in America. Thank you for your support. 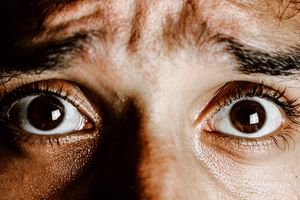 
The Simplicity of Equality 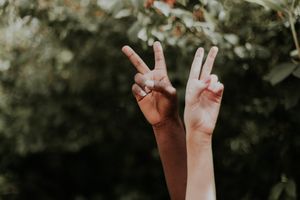