In This Issue: “The Elusiveness of Racial Equality, All Black Is Beautiful, But All Black Isn’t the Same,” and a note about supporting Our Human Family

Letter from the Editor:
Statues of Limitations

This last week I was in New York City as part of a twenty-year commemoration of the events of 9/11. Voices of Remembrance, an archivist organization, has been collecting the personal artifacts of the victims and their families as part of their desire to preserve for history what happened on that day—gathering the letters, phone recordings, and personal remembrances by those who are left behind. The Seattle Art Project, whose mission is to create art that gives emotional resonance and insight to those who are dealing with their memories and loss, has partnered with them every year. Art has been one of the ways we deal with our own humanity in the face of tragedy and pain as well as the restoration of joy. (You will hear and see some of the gathered voice recordings from VOR if you visit the 9/11 memorial in New York City. Much of the art has been given to people and organizations most affected by those events.)

Even twenty years after that September morning there is still a wound. There is still a silence in a conversation, or a moment when we realize that someone is gone, or just the changes in our day-to-day activities where we are less trusting of strangers or more likely to skip over pain. 9/11 shattered our lives, a moment much like other moments in American history where there was a day before and then a day after, and between them both is a sharp divide like a knife that cuts through tender flesh.

We are made as people who want security and freedom and contentment, and life throws events at us that disturb us. We can deal with these issues directly, not accepting them as fate to be endured but as events that we can grapple with and form meaning from. Or we can create an imaginary past that has no break from the present, where there was no sudden strike of terror and loss, and continue in the fantasy that all is as it was, exactly and perfectly, and we don’t have to deal with what really happened and where we really are in the present moment.

But we have a hard time accepting that our past is not only past, it cannot be re-created or remade. We have a hard time really believing that we can’t simply repeat what used to be true for us. We now have more restrictions on travel, on the movement of money, on the transfer of international goods, and we have an eruption of energized suspicion about others who are not exactly like we are. That day changed us, and there is now a day before and a day after.

Which led me to consider the removal this week of a certain monument in Richmond, Virginia. More than 150 years ago America was ripped apart by conflict that resulted in the loss of over 600,000 people—maybe much more—and the destruction of an economy that has still not fully recovered. In some ways, it was a blow to the psyche of a nation similar to the wound of 9/11—a peace and comfort that was thought to be safe and eternal and even a mark of accomplishment but that was destroyed by battle and fire and death. Richmond itself was burned, as were many other cities. Businesses were destroyed, many were made homeless, and settled social structures were upturned, never to be restored despite many efforts to do so.

In response to the feelings of rage at that loss, a national delusion arose that somehow the acts that led to war and defeat and destruction weren’t the result of choices to fight against freedom but instead were the righteous deeds of people wanting to keep their “way of life”—a way of life that just so happened to be founded upon the cruel, perpetual enslavement of American people.  And in the defiance of history, in the works of art and literature and social systems, an imaginary past was created where the people who took the nation into war and destruction and failure were somehow “heroes” and “gentlemen,” people to be admired, so much so that statues and monuments were erected not just in the areas where the battles were fought and lost, but across all America, from Washington state to Florida, in cities big and small. The statues and monuments were lies, every one of them, but they became symbols of a nation that could not really believe that it had lost. There are those who would have us believe that these statues were erected in honor, but the reality is that these are monuments designed to instill fear in Black Americans and to perpetuate Jim Crow.

Now we are in the time of reckoning for our past and our lies, and one by one these statues and monuments are coming down. In Richmond, Virginia, it is the central statue of Robert E. Lee, seated upon his horse, lifted high for all to see, some to remember the false glory of an imaginary past, others to fear that the past would be restored in an instant if those who revere Lee had their way.

The destruction of our idols, whether it is the idol of a failed general or the idol of a presumed safety, is a traumatic experience that we have difficulty parsing. The literal breakdown of our trusted symbols can lead to rage and fear and striking out.

But the loss of our false symbols can also become a moment of healing, of moving on, of understanding not only what we are lying about but also why we need those lies more than we need the truth. Art can be something that teaches us to deal with our pain realistically and openly, or it can be something that is used to build up fantasies about a past that never happened. Art can bring people together to remember people as they really were, or it can paint a picture so unlike the person that we cannot recognize them.

What I saw in the 9/11 commemorations was the use of art for healing. People used art to communicate to others their deep sense of solidarity and community, bringing a sense of closure and understanding. We are moving on, the art says, but we do not forget the people we have to leave behind in our memories. The artistic creations of voice and art and song remind us of the joy we had, the moments of happiness and contentment. We can grieve our lost partners, family members, friends, loved ones, and hold their memories—and move on, knowing that we can never lose them in our hearts and that we can live out our lives with renewed joy and peace.

by Jesse Wilson
Our first overwhelming moment is an experience we can never recapture. But not every such memory is enjoyable to remember. We can learn from our pasts and grow outward, accepting the pain and still working to build a better, more hopeful future for ourselves and our loved ones.

by Marley K.
Calling all Black people Black corrals every Black and Brown-skinned non-white person from around the globe into one largely discriminated group, disregarding their heritage, their culture, their nationality, while robbing them of being individual groups of Black people.

Our Human Family has been fostering conversations about achieving equality since April 2019. Our goal is to unite the world—our world, our sphere of influence—by dispelling the lie of race and the practice of racism and replacing them with the truth of love and equality.
​
Our Human Family, Inc. is now a 501(c)(3) charitable organization, with the same goals and message as the online publication. Still in its early planning stages, Our Human Family advocates for racial equity and inclusion by creating and offering workshops, panel discussion groups, targeting key educational programs for sponsorship, hosting guest speaker events, and much more that will help us achieve racial equity and inclusion for everyone.

No one should commit to the work of racial equity in pursuit of an anti-racism gold star, nor should anyone regard it as a performative means to earning an anti-racism merit badge. Creating a more equitable world for all people is its own reward and the benefits to society are manifold.

We understand that there is no one-size-fits-all approach to people. The same applies to providing the various segments of our customer base with the knowledge and skills necessary to eradicate racism. We make this possible by creating informative and transformative materials that will evolve with the times and meet the specific needs of various segments of our consumer base.

The subject of racism is broad and complicated. Its components require close examination and nuanced explanation. While our message is singular, we must tailor our conversations and presentations to bring awareness to these aspects. These items must also be updated to reflect the challenges of the times.

We cannot do the work of racial equity without the support of people like you. In the same way that it takes a village to raise a child, it will take all of us to end racism and create a more equitable world. Racism doesn’t just harm its victims, it harms its perpetrators and bystanders. Racism harms everyone. Our Human Family is working to bring an end to racism and establish a society rooted in equity.

You can help us continue our anti-racism work.

Please support the critical work and word of Our Human Family at the forefront of the national conversation on better race relations and widespread equity in America. 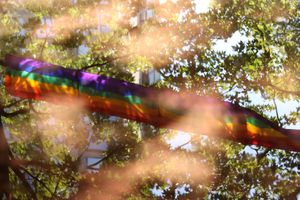 
Pride and the “T” in LGBTQ


The Elusiveness of Racial Equality 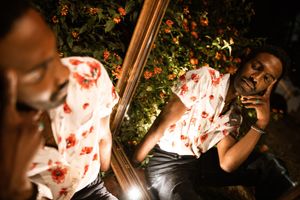