In This Issue: “Until the Lion Tells the Story,” “The Conservative Case for Critical Race Theory,” “My Journey into Blackness,” and a final thought for dads

Letter from the Editor:
Until the Lion Tells the Story

💛 Back when the Earth was cooling from its creation, I was the only Black kid in  seventh grade at a small private school on the other side of town. I was probably the only Little Person on that side of town. (Forty-eight inches tall, spondylo-epiphyseal dysplasia. Feel free to look it up. More on that here.) White people weren’t strangers to me. I had white teachers in elementary school. My father worked with white people, but attending Barney Academy was the first time I was immersed in a setting where I was the only Black kid in class.

White people fascinated me, probably as much I fascinated them. Early on, I learned they didn’t do things the same way I, my family, and my Black friends did. My classmates’ and teachers’ ways weren’t better. They were just different. We came from other parts of the country—Massachusetts, Illinois, Florida, Michigan, and Alabama. But despite those differences, we all liked catered pizza on Thursdays, skating parties, and P.E. Truth be told, I never enjoyed phys ed, but it was an escape from being in a classroom. Some of us liked Mrs. Trzaskus’ kolaczki (Polish fruit-filled  pastries), some of us didn’t. And none of us enjoyed getting punished by our parents, doing homework, or the crabby former nun who taught science.

People are bugging out over the latest bogey man, straw man, punching bag—critical race theory. Frankly, I think a lot of the hate is created to keep a segment of the population in perpetual fear and loathing mode. There’s a two-prong paranoia that’s deeply embedded in a lot of white minds: The fear that we Black, Indigenous, and People of Color (BIPOC) despise white people to the point that we have readied ourselves and are lying in wait for the perfect opportunity to exact revenge on white people for past injustices.

Just so you know, I laughed to myself as I typed the preceding sentence and rolled my eyes for ten minutes after that.

Look. Black, Indigenous, and People of Color have no interest in extracting a pound of flesh or taking a life as redress for racial injustice. We are not vindictive. That’s not who we are, and that’s definitely not what we do. So let go of the agita and chill.

BIPOC want to see if all this talk of living with certain inalienable rights is all that it’s cracked up to be. The parts in the Constitution about all men being created equal, life, liberty, and the pursuit of happiness? Yes, we’re much more interested in taking those rights for a spin and living to our full potential than concerning ourselves with helping some Bubbah catch a beatdown, no matter how well deserved.

With this critical race theory—which isn’t even taught in schools—basically, all it does is supply a framework, parameters, for criticing systems that perpetuate racism. One way to think of it is that it allows for facts that have been otherwise swept under the rug to be introduced into the conversation for a more complete account of events.

We published the article, and in a couple of days it became of our most popular stories, not because it incited Black, Indigenous, and People of Color to come out with their guns, knives, pitchforks, and torches, but because it shed light on a little-known aspect of American history that honored the people of America’s past and their efforts. The truth forges a path for reconciliation and justice, and ultimately the healing of past racial injustices. And you and I both know that injuries don’t heal unless they’re opened up and cleaned out.

A lot of people are inclined to say that education is the only thing that will heal racism. I disagree. Education about this nation’s history may work with some people, but not everyone. We all don’t learn the same way. A better way to learn about people is through relationships. That’s why experiences like meeting or reading about people who are not like you, traveling to other parts of the country, attending college, or joining the military are so important. These experiences aren’t elitist; as some would have you believe, they’re human experiences. And it’s in sharing of those stories, that history, where we gain better insight into where and how we fit into the world.

For me, there is little more enriching than learning how a person came to be the person they are today. And it’s rare, when starting a new friendship, that people aren’t inclined to talk about themselves and the things they love.

That’s my story, and I’m sticking to it. Check out this week’s articles, including our Sunday feature!

by Glenn Rocess
Critical Race Theory. States across the nation are in a mad rush to pass legislation to ban its teaching in state schools. The irony is that it’s not being taught in public schools. Let’s objectively examine Critical Race Theory, what it is, what it isn’t, and the reasons why traditional conservatives should heartily support it.

Juneteenth, the commemoration of the freeing of Texas’s enslaved people, is now America’s eleventh national holiday. But were the enslaved people of Texas actually “free”? And what of today’s descendants of America’s enslaved people? Do we have cause for celebration? William Spivey answers these questions and more for paid subscribers in this Sunday’s feature, “Juneteenth: A Reason for Celebration or Reparations?” Look for it in your email this Sunday.

My Journey into Blackness

by Stephen Matlock
This week’s legacy article, a nonfiction biographical essay, proves that white people can understand the Black experience and posits that this understanding is not an all-or-nothing proposition that arrives in one sitting but is an ongoing process that must be actively invested.

Happy Father’s Day to all the fathers, dads, daddies, and anyone standing in the gap. Bravo, gentlemen. You’re top-notch! Enjoy your day and thanks for all you do! 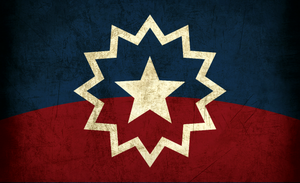 
Juneteenth: A Reason for Celebration or Reparations?


Until the Lion Tells the Story