In This Issue: “Respect and Love, The Ongoing Work of Antiracism, The OHF Merchandise Store”

Letter from the Editor:
When We Call Someone In

Serendipity doesn’t explain every good coincidence, but what else can you call it when two or more threads come together at the same time?

The serendipity here is for the article by Lecia Michelle this week, Respect and Love, which we’re publishing this week even as I’ve been mulling thoughts around for a while about what it is that we’re doing when we say we’re working for diversity, equality, inclusion, and equity. Something is speaking, and I want to listen and to understand.

Working to bring people together is a good goal to have, not just because of an inherent moral virtue in treating each other with respect and kindness, but also because building community centers people and the value of those people. We are here working for good because we understand the nature of healing and growth and acceptance. We understand that no matter what else happens to ourselves, by lifting up others we are making a better world for everyone.

And as part of that work, we often must look at the world as it is. Sometimes it is from the perspective of browsing the news or a social media feed where we can click an emoji to express our surprise or our anger or our love. For many of us, it is from the perspective of living in the moment of inequality and discrimination, of crying out “what is wrong with this world that I am attacked simply for being who I am?”

It can feel overwhelming at times, and there’s no way around the truth that anger is often disguised grief—grief at the nature of this world that grinds us down, grief that pushes us into isolation, grief that denatures the flavor of joy. And we want to lash out—at our circumstances, at the people around us, and often at the people whom we see as the cause of our pain and discrimination.

This is entirely natural and normal. And we absolutely must be able to express our anger and our unhappiness without the convention that we “smile and don’t let on about how deeply you are hurt because you’ll give them satisfaction.” We need those safe people and safe places for that, and if nothing else in life happens to you, I would hope that you find your people who will love you and let you vent, for however long, because stifling the pain builds a scab and not a scar.

But also . . . I would say that we still need to hold on to what matters most to us. Even in the pain, if we can, we have to remember our values. We must face the frustration and the despair that need to be dealt with. The grief that comes to sit with us after we have sat with anger for a while. The weariness of holding on for just too long.

Because what matters, when we get a chance to catch a breath, still matters. It still matters that people matter. Try as we might to suppress that part of us that continues to seek healing and change, we will always have that tiny spark of hope in us that is ready to turn into flame.

I’ve watched people this week as they’ve made terrible decisions or spoke terrible words that have hurt people. Whether it’s denying the commutation of a death sentence or an unjust prison term, or the harmful words denying the humanity of those who are living on the margins or with their backs against the wall, there are those people who are agents of pain and chaos and destruction, maybe unwittingly but more likely deliberately for their own reasons.

My immediate temptation is to go after them, to flame them with words, to shame them with ridicule, to inflict on them at least some of the pain that they cause to others. They do so deserve it, after all. Someone should not be able to get away with the idle destruction of another person’s body and soul. There should be payment, and there should be judgment, and those who cause pain to others should be treated as the social and moral pariahs that they are.

But . . . I have to remember that I am just as human as those people are who seek the harm of others. And what pulls us together as humans to work for the good of each other isn’t going to be pain and judgment and terror and destruction.

There’s a saying that I’ve heard used as a replacement for the phrase “call someone out,” meaning to expose them to public judgment and chastisement and shame. The phrase is “call someone in.” That’s not just a slight rewording to mean the same thing. On that simple change in a preposition lies an entire world of difference. To call someone in is to call them a sibling. It is to call them back into fellowship. It is to believe in them as people who can, given the love and forgiveness and grace that we can be capable of, unfold themselves from their own hurt and bitterness to find healing in the community.

Now, how this is done and who gets to do the calling isn’t on me to determine. Your understanding of how to deal with those who are agents of social harm and supremacy is going to be different from my understanding. The things that are mine to do in calling someone in are likely going to be different than yours. And I can’t expect anyone to simply suppress their pain to try to do something that brings further pain. Being hurt is hurt. The process of healing takes time. There’s no requirement that we take back someone who has hurt us. Abuse should not be allowed to return unchallenged. People who hurt people will likely hurt them again.

What I’m saying, though, is that we can do more to build community by offering the invitation to come in. We will need to be vigilant and careful. We will have to have clear boundaries and quick responses to repeat offenses. But given boundaries and diligence, we can make the offer to those who are broken and breaking people around them. We can call them in to repentance and grace and healing. We can make sure they are put into a place of starting over after they’ve come back in repentance.

Some, maybe many, won’t be able to continue in community because the urge to re-offend is still too strong. But some will be affected by the grace and kindness and will seek to change themselves so that they become part of the community.

I know it happens because I’m one of those who was called in instead of called out.

by Lecia Michelle
Everyone needs kindness. No one deserves to feel invisible. We want to feel safe, provide for our families, to live meaningful lives and share our love, and be seen and accepted as we are. Those are the things that matter, and whatever else we do, it is for these that we live.

by Madison Pattin
There is no clear finish line for the antiracism efforts of white people. In the 244 years that the United States has existed as an independent nation, we have yet to reach a point of racial equality that removes the need for such work. There is still work to do. 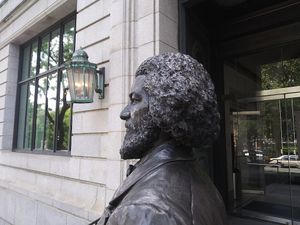 
Frederick Douglass: An American in Ireland (Part I) 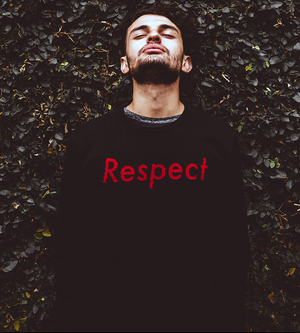