In This Issue: “Happy In(ter)dependence Day,” “All Police Interactions Are Not Created Equal,” and “Patriots in Heart and Song."

💛  From as far back as I can remember, I’ve been the type guy who likes to do things for himself. Ask any of my family members who’ve known me since I first appeared on the scene and they’ll spin a yarn about of my sense of independence. What with being considerably smaller than my peers, I’m sure that need to be self-sufficient was rooted in a mix of self-awareness, a need to be seen as capable as everyone else, and a desire to not get left behind.

Ironically, my “I can do it myself” attitude came with a factory-installed irony: the actual and desperate need for help from others. Seems pretty obvious, right? Of course, toddlers can’t do everything for themselves. Even though my three-year-old self liked to think I could’ve cut the crusts off my bread or tied my shoes all by myself, thank goodness the adults in my family had more lived experience and foresight than me and to realize the results of my endeavors, while comic, could’ve come to a disastrous end. Possibly even resulting in serious injury or worse. There's something about lived experience filling in the gap between perceptions and aspirations versus reality.

Strange thing is that as my abilities increased and my reliance on others to do certain things for me decreased, my reliance on others for different things increased. And that pattern repeats itself on an ever-increasing scale, the more trips around the sun I take. Yes, nowadays I can make my own peanut butter and jelly sandwich, and a nice rigatoni bolognese, too. But did I grow the grains, grapes, and peanuts used to make the sandwich? Or or harvest the ingredients? Or have any hand in getting the products to the shelves? No. And to think otherwise is just lunacy.

It's easy for people to fall into the self-sufficient trap, to think that all they are and all they have are the results of the perfectly self-actualized sweat of their own  brow. That’s a very simplistic exaggeration, but there most certainly are people who believe who miss the interconnectedness we people have with one another. Independence is so baked into American culture. This nation was birthed 245 years ago by colonizers who wanted to live free of a monarch. They so liked their new way of life that they shook off the constraints of King George some 4,000 miles away, so they could do their own thing. And for centuries that raison d’être has served America well—colonization, stealing native lands, slaughter, enslavement, internment camps, Jim Crow, Black Codes, segregation, mass incarceration, et al notwithstanding.

When will they realize that none of us are superior singularly? The nation's strength lies in the contributions of everyone and to diminish the contributions of any group diminishes the potential of the whole. America has several existential crises that demand our full and immediate attention, we won't be a failed state, we'll be a doomed state. The only way this nation will continue is for us to realize and embrace our perceived differences.

Have an amazing Independence Day!

“Police Interactions Are Not Created Equal”

“Patriots in Heart and Song”

by Ben Lane
In his only article for Our Human Family, internationally renowned Canon Cathedral Musician Ben Lane shares little-known facts about the origins of the national anthem, the Statue of Liberty, and a brand of patriotism that unites Americans in a common purpose. 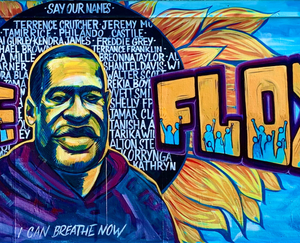 
Patriots in Heart and Song 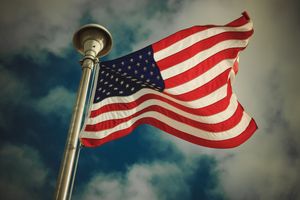