In This Issue: “Walking Your Allyship Talk,” “#NotAllWhitePeople Doesn’t Help,” “Michael Che, the Enlightenment, and Whiteness," and Equal People 2021

Letter from the Editor:
Walking Your Allyship Talk

💛  A lot of people say they want to learn how to bake. For folks unfamiliar with baking, transforming a list of ingredients into something delicious that people will actually want to eat is as intimidating as rocket science. But the only way to learn how to bake is to try.

I’ve mentioned how Black people, in particular, have been re-traumatized by the Chauvin trial and reliving the gruesome details of George Floyd’s final minutes. Every single murder of a Black person is traumatizing. In each one, we see ourselves, family members, and loved ones. That trauma is real. We may never say it to you but know that each incident serves as a constant reopening of a wound that has never been allowed to fully heal.

And we will not initiate that conversation with you for one reason: If you genuinely wanted to know how we were doing, you would have already asked.

You see, this isn’t only about being “an ally.” We’re talking about something much bigger: Being a better human being. How so?

By avoiding the road most traveled and not focusing on your insecurities; and instead stepping out of your comfort zone and acknowledging the pain a Black, Indigenous, or Person of Color might be experiencing. If that last sentence ruffled your feathers, sit with that emotion for a moment and really think about why you’re reacting that way. What’s so enraging about empathizing with someone else?

That’s allyship at its core—rejection of white supremacy’s “me” and replacing it with humanity’s “we.”

Don’t get me wrong, Black folks are not waiting with bated breath for white people to perform wellness checks—especially where our wellness is concerned. After 400+ years, we know that white supremacy is only concerned with the comfort of white wants, needs, and insecurities. And that it will foist the role of emotional support person upon all People of Color at the expense of their pain.

But . . . the good news is you can always buck the system.

That’s allyship at its core—rejection of white supremacy’s “me” and replacing it with humanity’s “we.”

The day of the verdict and a few days after, a couple of my white friends asked how I was holding up. They didn’t pretend to have answers. They didn’t try to feed me platitudes. They didn’t “should” on me by telling me how I should interpret and react. They simply gave me the room to express my thoughts and feelings, understood as best they could, and shared their concern for me.

If you’ve experienced loss or trauma, you know the most helpful thing a friend can do is listen.

I asked one of the friends if she had any reservations about speaking with me about race. She said no. (I expected as much.) When I asked her why, she said that our friendship is a safe space where we trust and respect each other. Before you make the wrong assumption, know that while I am a “nice” guy, I am not a pushover. I can be as unyielding as a wrecking ball in full swing when I am reinforcing boundaries.

Empathy, friends, is the foundation of allyship. Once you see someone as human, you can never unsee their humanity. Without a willingness to care and genuine attempts at understanding, a well-intentioned act of allyship is nothing more than a soulless song and an ill-prepared dance.

How can one stand up for people’s civil rights without understanding individual plights? The ability to recognize a marginalized person’s pain is not predicated by being that person. It requires the ability to perceive what you see and to believe it—the first time.

Wanting doesn’t bake the bread; the doing makes it so.

There’s a real risk in assuming that others see you as guilty due to a real or imagined association with a group or opinion. OHF writer Erik Deckers lays out best practices and the potential damage in defending a reputation which was never called into question.

Rebecca Hyman examines the origins of “whiteness” as racist violence on People of Color, the racial resentment of a group of white people, and as an ideology the dominant culture uses to determine what counts as normal, acceptable, and valuable.

Although OHF Weekly typically publishes essays, we recognize that there is perhaps no better form of the written word than poetry for expressing our deepest, most visceral emotions. Given the sharp political divides right now; the murder of George Floyd that was heard and seen around the world, plus the Black Lives Matters protests in response, and former officer Chauvin’s subsequent conviction; and the other extreme highs and lows of the past year, we’re excited to announce our annual Equal People poetry series from a wide range of super-talented international poets beginning Thursday, May 13.

As Youth Poet Laureate Amanda Gorman’s stirring words of pain and hope were an incredible highlight of America’s presidential inauguration this January, we felt her poem was an excellent starting point for inspiring our own series. We hope you’ll take this opportunity to hear how the poets are responding to the current state of events in America and beyond. Until then, peruse last year’s Equal People poetry series on Medium, including Joel Leon’s lyrical introductory essay “Poetry Will Save the World.” 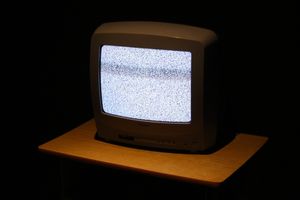 
I Had to Say It Again