Home Town Takeover: A Little Reno, A Little Inclusion, A Lot of Love

HGTV’s new “it” couple and hosts of the smash hit, Home Town, Ben and Erin Napier, are back in a new limited series, Home Town Takeover (HGTV, Sundays, 8:00 p.m. ET/PT). This time around, the Napiers are using their home renovation talents to breathe life into the floundering small town of Wetumpka, Alabama, as seen in the Ewan McGregor and Albert Finney film, Big Fish. And if you’re not careful, you may just pick up a thing or two about inclusion and community along the way.

Home renovation shows are nothing new. HGTV has perfected the art of combining likable hosts, adventures in house hunting and home repair, and the requisite "unforeseen" bump in the road to create the enviable HGTV happy endings we've come to expect. But Home Town Takeover takes these familiar pieces and turns them into something bigger and more meaningful than the sum of its parts.

How do they do it?

Wow, where do I begin? There’s so much to like about this show.

Let’s start with the hosts. Ben and Erin Napier are a small-town couple with big plans of revitalizing their sleepy little hometown, Laurel, Mississippi, by helping people transform rundown houses into custom homes. The Napiers are wildly talented in construction and interior design, respectively. It’s a familiar combination we’ve seen before, but still, their unabashed southern charm and chemistry make them the kind of people you could spend an afternoon on the porch chatting with after baking a cold-oven pound cake or building a new heirloom coffee table.

This is good a place as any to throw in a public service announcement: Gentlemen and ladies, if you find someone who looks at you the way Erin and Ben look at each other, you'd better snatch them up—and in a hurry.

So you’ve got this likable and talented couple who are out to change every corner of the town they live in. Most people would’ve been happy to stay in their lane doing what they love with their family and friends. And that’s what Napiers have done for the past five seasons with unparalleled success. But the lane they’ve stayed in has led them on to a new mission: to help another small town that has fallen on hard times get back on its feet, just like they did in Laurel.

The plan: Ben and Erin take the lead in renovating a small town—well, not actually an entire small town, it’s more like two locations an episode for six weeks.

The idea: brilliant! And the execution: remarkable.

From the start of the series’ sneak peek—the flyover shots of the town, its landmark bridge, the graphics, the music, and that seemingly desolate downtown—all paved the way for something with a cinematic feel that said, “Not only are we going to tell you a beautiful story, but it’s one that will touch you, too.”

The storytelling for this project is the perfect mashup of home renovation and human interest that warms the heart without manipulative tricks. With all we've lived through during the past year with the global pandemic and related hardships and losses, many of us can relate to how life can be turned upside-down in an instant (or slowly worn down over time), despite our best efforts. It’s been said there’s a time for everything, and now is the perfect time for this show.

Home Town Takeover does something in its storytelling that is as unexpected as it is brilliant. Just about all home reno shows focus singularly on the hosts or their design process. Despite the broad appeal of Ben and Erin's authentic and welcoming personalities, the Powers-That-Be gives ample screen time to the colorful Wetumpka locals to share their own stories.

And folks, they do not disappoint.

There’s the couple raising foster kids, the woman who runs The Tapp 18, the town skeptic pedaling his way through town on his bike, the mayor who mans the downtown barbershop, the female police officer who’s helped lots of kids, and the couple who owns the restaurant with a glorious view of the river—these are all real live, flesh and blood people we can all relate to. And then there are all the folks who join in to help make Ben and Erin’s plans a reality.

One thing this show does that I really like is that they include Black people in the show. Hold on. Before you go off the deep end shouting, Why does everything have to be about race? Hear me out. Not all that long ago, Black people weren't represented on TV shows. Ever. There were “white” and “colored” water fountains and even “white” and “colored” schools. But the Napiers and their production company make it a point to honor Black, Indigenous, and People of Color and our culture by including us in their shows, not to mention to white folks willing to help make their renovations a reality, too. And that’s pretty darned cool. Keep up the excellent work!

And, last but not least, there’s the requisite HGTV happy ending. See, this show isn’t about Erin’s fantastic grand millenial design or Ben’s woodworking wizardry. Don’t get me wrong. I’m not saying the Napiers’ talent and skills aren’t important because they are. It’s part of the reason we’re all here. But what I am saying is that the tony wood flooring, the sleek quartz countertops, or even the handmade baby cribs aren’t the show’s point. They are things—lovingly chosen and skillfully made—used to enrich people’s lives so those people can enrich other people’s lives.

Home Town Takeover isn’t a show about home renovation. It’s a show about people, ordinary people just like you and me, their hopes, their dreams, their setbacks, and how the people in their hometown come to their aid in giving them a second chance. It’s about people setting aside perceptions and misconceptions and recognizing that we all want the same things: to be accepted, understood, and loved. I could be wrong here, but it seems to me that Home Town Takeover and Home Town are about creating community by renovating people’s hearts. And boy can’t we all use a lot more of that? 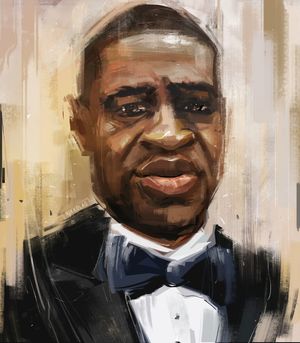 
A Year to the Day 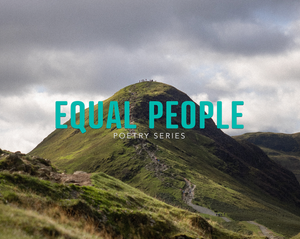 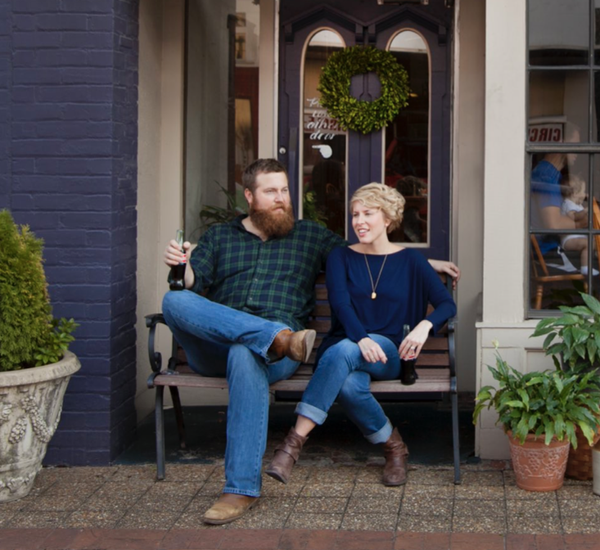